In a multinational study of young patients with type 1 diabetes (T1D), fluctuations in body mass index (BMI) z score from early childhood to puberty differed between countries. The high prevalence of overweight and obesity, however, was consistent in this population across different geographic areas and was persistent over time, according to study results published in Pediatric Obesity.

Previous studies in the general population have pointed to increased risk for obesity in adults with a history of a rapid increase and greater variability in BMI during childhood. In the current study, researchers aimed to identify longitudinal trajectories of changes in BMI z score and analyze differences across sex and geographic location, as well as to explore the associations between BMI z score trajectory with being from an ethnic minority, insulin pump use, poor metabolic control, and age at diagnosis of diabetes.

The researchers used data from 3 registries: the T1D Exchange (United States), the Diabetes Prospective Follow-up (Germany/Austria/Luxemburg), and the Australasian Diabetes Data Network (Australia). The analysis included 11,513 young patients with T1D followed from age 8 to 17 years with a baseline BMI measure before age 11 years and ≥5 BMI measures during follow-up.

Being from an ethnic or racial minority was associated with alignment to overweight and obese trajectories in both the German/Austrian/Luxembourgian and American cohorts. In the American cohort, insulin pump usage resulted in almost 3 times the odds of belonging to the ‘low stable’ trajectory group as opposed to the ‘normal stable’ trajectory. This effect was not seen in the other registries and insulin pump usage was not related to being part of any other trajectory group.

Older age at diabetes diagnosis and elevated glycated hemoglobin level also conferred a greater risk for adverse weight trajectories, but these findings were not consistent across all 3 registries.

The researchers acknowledged several possible limitations of the study, including potential selection bias, the use of arbitrary ages as indication of stage of puberty, and missing data on ethnic minority status in the Australian registry.

“These findings support the need for close monitoring of weight and nutrition in this population, and to encourage youth with type 1 diabetes and their families to adopt healthy eating and meet targets for physical activity,” concluded the researchers, adding that the differences across countries likely result from diverse environmental, genetic, and therapeutic elements.

“Our findings suggest that education needs to specifically target girls prior to puberty,” they added. 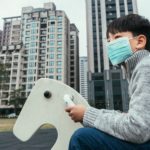 Exposure to Air Pollution May Up Mortality After Heart Transplant