Early risers may have a lower risk of major depressive disorder (MDD) compared with night owls, according to a study published in JAMA Psychiatry.

Observational and interventional studies have shown the connection between early sleep timing and MDD protective factor. The reason for the connection, however, remains uncertain.

The primary analysis included 170,756 individuals with MDD and 329,443 control participants.

The researchers found that “genetically proxied morning diurnal preference corresponding to a 1-hour earlier sleep midpoint was associated with a 23% lower risk of MDD.” Results were “consistent across sensitivity analyses,” they reported.

The researchers acknowledged several gaps in their analysis. Most of the data came from observational studies. Also, MDD alters sleep and circadian rhythms, which may have skewed results. The study also does not adequately factor in extreme early- or late-risers. However, the researchers believe that their findings warrant larger clinical trials to further explore the issue.

Disclosure: One of study authors declared affiliations with biotech, pharmaceutical, and/or device companies. Please see the original reference for a full list of authors’ disclosures. 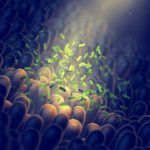