A higher total vitamin D intake is associated with a decreased risk for early-onset colorectal cancer (CRC) and precursors among women aged less than 50 years, according to a study in Gastroenterology.

Researchers prospectively examined the association between total vitamin D intake and the risk for early-onset CRC and precursors in women enrolled in the Nurses’ Health Study II. Among the 94,205 women included, 111 incident cases of early-onset CRC were recorded in 1,250,560 person-years of follow-up, from 1991 to 2015. Participants’ median vitamin D intake was 372 IU/day. The mean age of women with a total vitamin D intake of <300 IU/day, as well as for those with an intake of ≥450 IU/day, was 41.9 years, and the mean age was 42.4 years for those who had an intake of 300 to <450 IU/day.

The researchers noted several limitations to their study, including a limited number of early-onset CRC cases, and homogeneity among the study population. Additionally, the population was skewed toward polyps diagnosed mostly from ages 40 to 50, as colonoscopy before age 40 is rare. Furthermore, the study authors were unable to determine whether the results were consistent across all genetic predispositions, and the findings could be affected by residual and unmeasured confounding.

“Our results further support that avoiding low vitamin D status is important in younger adults for health and possibly CRC prevention,” the researchers commented. “If confirmed, our findings could potentially lead to recommendations for higher vitamin D intake as an inexpensive, low-risk complement to CRC screening as CRC prevention strategies for adults younger than age 50.” 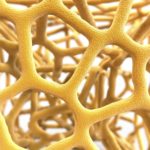