A significant reduction in the risk of incident atrial arrhythmias was observed among patients with type 2 diabetes mellitus (T2DM) who were treated with sodium-glucose cotransporter 2 inhibitors (SGLT2i), according to the findings of a meta-analysis recently published in Heart Rhythm.

While SGLT2i therapy is known to reduce hospitalizations as well as death from heart failure (HF), there is limited evidence analyzing the effect these agents have on arrhythmia expression. This meta-analysis aimed to determine the association between SGLT2i use and arrhythmias in patients with T2DM or HF.

A total of 34 randomized trials were identified for the analysis (25 placebo-controlled; 9 active-controlled). Only 1 trial included a study population of HF patients (42% of which had T2DM as well), while in the others, the study population was mainly T2DM. Of the total 63,166 patients included in the analysis, 35,883 received a SGLT2i while 27,273 received a control.

“Prospective trials are warranted to confirm the antiarrhythmic effect of SGLT2i and whether this is a class or drug-specific effect,” the authors concluded. 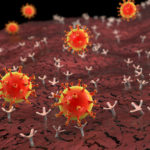