HealthDay News — More than half of individuals with Down syndrome aged 55 years or older have dementia claims and 32.7% have Alzheimer disease (AD) claims, according to a research letter published in JAMA Neurology.

Eric Rubenstein, PhD, from the Waisman Center at the University of Wisconsin-Madison, and colleagues describe the prevalence and incidence of dementia and AD in a Medicaid population of 2968 adults with DS in Wisconsin from 2008 through 2018.

“Dementia and AD prevalence and incidence in Medicaid beneficiaries with DS highlight the need to identify prodromal presentations and develop dementia services and supports for adults with DS as they age and continue to rely on Medicaid and Medicaid-funded assisted living or skilled nursing facilities,” the authors write. 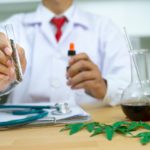