The economic burden of colorectal cancer in Europe in 2015 was €19.1 billion, with more than 60% of the total cost associated with loss of productivity and opportunity costs for informal carers, researchers reported in Lancet Gastroenterology and Hepatology.

The population-based cost-of-illness study included data from 2015 regarding colorectal cancer in 33 European countries (EUR-33). The investigators calculated the primary, outpatient, emergency, hospital care, and systemic anticancer therapy (SACT) costs, as well as the costs of premature death, temporary and permanent absence from work, and unpaid informal care due to colorectal cancer.

Univariable and multivariable regression were used to compare colorectal cancer health care costs per case with colorectal cancer survival and colorectal cancer personnel, equipment, and resources throughout the EUR-33 countries. The study authors also compared their findings regarding hospital care and SACT costs with 2009 data from the 27 member states of the European Union.

The study authors noted several limitations to their findings. Their analysis is dependent on the data sources, which, with the exception of hospital care activity and SACT costs, are lacking for some countries. Additionally, the assumption that colorectal cancer visits to a general practitioner might equate to the proportion of colorectal cancer hospital discharges may not always be accurate.

“Comprehensive evaluation of the economic burden of colorectal cancer can provide vital intelligence to underpin better health policy implementation and more appropriate resource allocation,” stated the researchers. “Upfront investment in colorectal cancer infrastructure is more likely to not only reduce colorectal cancer deaths, but also to lessen the economic burden. Increased expenditure on pharmaceutical medicines might not necessarily be reflected in improved outcomes, particularly in Central and Eastern European countries, emphasizing the need to use resources most appropriately for this common malignancy.” 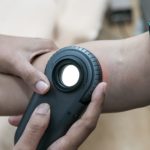