HealthDay News — In many countries, chronic obstructive pulmonary disease (COPD) rates are decreasing, although the absolute number of deaths is increasing, according to a research letter published in the European Respiratory Journal.

Joannie Lortet-Tieulent, PhD, from the International Agency for Research on Cancer in Lyon, France, and colleagues computed COPD age-standardized mortality rates for ages 50 to 84 years in 24 countries (6 in Latin America and the Caribbean; 2 each in North America, Asia, and Oceania; and 12 in Europe).

The researchers found that in Latin America, the Caribbean, Asia, and Oceania, COPD mortality rates declined or remained stable for both sexes throughout 1995 to 2017. Exceptions were increasing rates seen among Cuban and Australian women (+1.5 and +2.4% per year, respectively, since 2009). Mortality rates declined among men in most countries in Europe but remained stable in Hungary since 2005 and increased in Czechia and Croatia. In half of the studied countries in Europe, COPD mortality rates increased among women. In 11 countries, the absolute number of COPD deaths increased by >10%, while in 6 countries, there was a decrease by >10%.

“Necessary steps to curtail the future burden are to regionally tailor primary prevention measures to decrease exposure to the main COPD risk factors, to cope with multimorbidity, and to expand access to diagnosis and treatment,” the authors write. 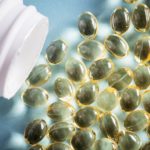