HealthDay News — Children in states with statewide child psychiatric telephone consultation programs are significantly more likely to receive mental health services than children in states without such programs, according to a letter to the editor published online recently in the Journal of the American Academy of Child & Adolescent Psychiatry.

Bradley D. Stein, MD, PhD, from the RAND Corporation in Santa Monica, California, and colleagues used weighted data from the 2003, 2007, 2011, and 2016 National Survey of Children’s Health to identify receipt of mental health services among children aged 5 to 17 years. They merged the data by year and state with information about state child psychiatric telephone access programs from the National Network of Child Psychiatry Access Programs.

“It is encouraging that the effect of child psychiatric telephone consultation programs, albeit modest, may help to increase access to child mental health services,” the authors write. 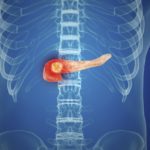