The case was reported in September 2020 at a dermatology clinic in Turin, Italy. The patient was in a man in his 40s. The patient had begun biweekly dupilumab 300 mg in February 2019 for the treatment of severe atopic dermatitis (AD) and experienced complete resolution of AD lesions within 18 months. In September 2020, however, the patient reported the appearance of “pruritic wheals” throughout the body 12 hours after each dupilumab injection. These symptoms resolved within 2 hours, with no systemic manifestations. At a follow-up visit in January 2021, clinical photographs were taken and intradermal and skin prick tests were performed. Tests were negative for sensitivity to both dupilumab and polysorbate80, the solubilizing agent. The patient continued treatment with dupilumab in combination with anti-allergic prophylaxis, comprising 20 mg bilastine taken before and after each injection. This treatment program appeared effective in maintaining AD remission and preventing further urticaria, it was noted.

The temporal association between dupilumab injection and appearance of lesions suggests a causal relationship, the study authors believe. However, the precise nature of the association remains unclear. Negative allergy tests ruled out the presence of type-1 hypersensitivity urticaria. Interleukin (IL)-4 is believed to play a role in the pathogenesis of urticaria; the patient’s symptoms may be a result of dupilumab’s IL-4 inhibition. Further study is necessary to determine which mechanisms underlie this dupilumab reaction.

Regarding the manifestation of these symptoms in other patients, investigators wrote: “Careful monitoring of the patient’s condition…should be performed and discontinuation of the treatment should be considered. However…the use of an antihistamine such as bilastine seems to be a good solution for the safe continuation of treatment while avoiding a recurrence of the underlying disease.” 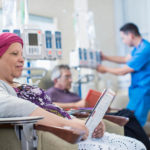