Cannabis Concentrate Use Is Common Among Teens - Medical Bag

“Understanding the prevalence of cannabis concentrate use in adolescents is important because cannabis use is typically initiated in adolescence, and adolescence is a developmental period characterized by heightened risk for cannabis use disorder and other cannabis-related consequences,” the authors wrote.

To determine the frequency of cannabis concentrate use among adolescents in Arizona, a state in which medical cannabis is legal, the investigators surveyed adolescents in 8th, 10th, and 12th grades. The researchers were examining whether concentrate users had differences in risk factors or substance use problems compared with cannabis users who had not used concentrates.

“Such high rates of concentrate use raise concerns about adolescents’ exposure to high-THC cannabis because some research suggests that use of cannabis with higher THC content is associated with increased risk of cannabis use disorder, cognitive impairment, and psychosis,” the authors noted.

“As findings emerge showing high rates of concentrate use in adolescents, and increased cannabis-related risks associated with use of high-THC cannabis, policy makers might consider putting a limit on THC concentration in cannabis,” concluded the investigators. 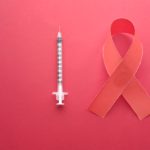