When diagnosed with cancer, LGBTQ+ patients face several challenges, according to results from Out: The National Cancer Survey.1,2

Responses to the survey revealed a lack of welcoming care for some patients, a dearth of resources tailored to LGBTQ+ patients, and a level of rudeness from providers that may represent microaggressions, according to Scout, PhD, executive director of the National LGBT Cancer Network in Providence, Rhode Island.

Dr Scout presented results from the survey at the 2021 AACR Conference on the Science of Cancer Health Disparities in Racial/Ethnic Minorities and the Medically Underserved.

The online survey was completed by 2700 cancer survivors who were at least 18 years of age at baseline, lived in the United States, and self-identified as a member of the LGBTQ+ community.

Nearly all US states were represented in the survey, with the exception being North Dakota. More patients lived in a suburban setting (46%) compared with an urban (39%) or rural (15%) setting.

In terms of sex assigned at birth, the population was 63% male, 37% female, and 1.4% intersex. For gender identity, 60% identified as male, 32% as female, 3% as transgender, 2% as genderqueer/gender non-conforming, 2% as non-binary, and 1% as another gender identity.

Dr Scout said one of the main takeaways from the survey was that most respondents received welcoming care. In all, 84% of respondents said all or most primary care providers delivered culturally competent care. However, that percentage decreased to 68% among gender-expansive respondents.

In addition, Black and Indigenous people of color (BIPOC) were twice as likely as non-Hispanic White respondents to report unwelcoming care.

Another finding was that LGBTQ+ cancer survivors have alternative social support structures that may not be recognized readily by medical professionals.

A majority of respondents (58%) said tailored resources were important to them, and that percentage was higher among BIPOC patients (67%).

One point respondents made was that information about how cancer and its treatment may affect sex was usually tailored to heterosexual couples. One respondent reported avoiding sex for more than a year because he wasn’t sure if he could safely engage in sex after prostate cancer treatment.

Finally, some respondents reported difficult interactions with care providers that could be the result of bias. One respondent said that, when it came to mental health providers, there was no standard for LGBTQ+ care, and some providers were unaware of their own biases and subtle homophobia.

Dr Scout said the results of this survey will be used to create resources that will offer useful advice to providers and the LGBTQ+ community. 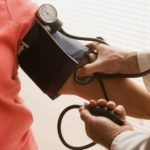