A team of researchers performed genomic analyses, including genomic structural equation modelling and colocalization analysis, of summary data from genome-wide association studies (GWAS) on ASD (n=46,350) and ADHD (n=55,374). They sought to identify single nucleotide polymorphisms (SNPs) shared by the 2 disorders as well as SNPs specific to each.

The study researchers applied FUMA (Functional Mapping and Annotation of GWAS) to the SNPs colocalized between ADHD and ASD, which prioritized 6 genes previously reported in other studies: XRN2, SORCS3, PTBP2, NKX2-4, MANBA, and DPYD. Another 2 novel genes, INSM1 and PAX1, were also found.

Regarding study limitations, the investigators noted that sample overlap in controls may have introduced bias in the findings.

Given the study’s findings, the researchers suggested additional “investigation of the shared and specific genetic factors of neurodevelopmental disorders may help identify pathophysiological pathways and new targets for treatment” of patients with ASD and ADHD. 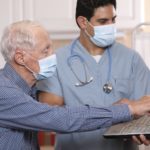