Racial disparities in distant metastases among patients with breast cancer exist independent of patients’ age and stage at diagnosis, according to an analysis presented at the 2021 American Society of Clinical Oncology (ASCO) Annual Meeting.

“Black women diagnosed with breast cancer are more likely to have a poor prognosis, regardless of breast cancer subtype,” Julia Blanter, MD, of Icahn School of Medicine at Mount Sinai in New York, New York, said when presenting this research at ASCO 2021.

With this in mind, Dr Blanter and colleagues conducted a study to determine differences in distant metastases rates among Black and White breast cancer patients.

The researchers analyzed medical records from patients in the Mount Sinai Health System who had participated in a study on insulin resistance, race, and breast cancer prognosis. The analysis included 441 patients, 340 of whom were White and 101 of whom were Black.

The median follow-up time was significantly longer for White patients than for Black patients — 3.12 years and 2.51 years, respectively (P =.017).

The rate of distant metastases after diagnosis was significantly higher in Black patients than in White patients — 6.9% and 1.2%, respectively (P =.004).

She added that future studies in which researchers assess surveillance and treatment differences might reveal more sources of existing disparities.

Disclosures: This research was supported by the National Institutes of Health. Some study authors declared affiliations with biotech, pharmaceutical, and/or device companies. Please see the original reference for a full list of authors’ disclosures. 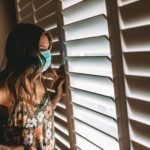 What Does the Future of the Mental Health Pandemic Hold?