A comprehensive 8-week behavior change intervention designed to increase physical activity in adults with asthma was associated with improvements in asthma control, sleep quality, and symptoms of anxiety, according to study results published in CHEST.

Researchers conducted a study (ClinicalTrials.gov Identifier: NCT03705702) that included patients with moderate or severe asthma (age range, 18-60 years) who reportedly engaged in fewer than 150 minutes per week of moderate to vigorous intensity physical activity and described poorly controlled asthma on the Asthma Control Questionnaire (ACQ score >1.5) despite receipt of optimal therapy. Patients were randomly assigned to a behavioral change intervention group (n=25) or to a control group that received usual care (n=26).

In addition, a significantly higher proportion of patients in the intervention group reported a reduction in anxiety symptoms compared with those randomly assigned to the control group (43% vs 0%, respectively; P <.001).

Limitations of the study included the high number of women in the cohort (83%), the small sample size, and the short duration of the intervention.

The investigators concluded that this comprehensive behavior change approach “can potentially be a complementary or alternative strategy to supervised exercise training to improve clinical control in adults with moderate to severe asthma.” 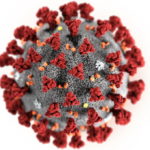