Overall, there is growing evidence that the addition of triglyceride-lowering medication and lifestyle changes may be valuable in diabetes management. The interaction between hypertriglyceridemia and low HDL seems to further increase the risk associated with heart disease. While evidence suggests that depressed HDL levels alone are a risk factor for the development of diabetes and cardiovascular disease, HDL catabolism is heightened in a hypotriglyceridemic state.2

How Does Insulin Affect Triglycerides?

Glucose-lowering medications, such as insulin, have a range of effects on triglycerides.1 Insulin suppresses the enzymes responsible for releasing nonesterified fatty acids from triglycerides (thereby releasing glyceride as a byproduct), but low insulin levels activate them.1 Excess nonesterified fatty acids released under the state of insulin deficiency/resistance increase triglyceride production in the liver, driving the development of diabetic dyslipidemia.2

Managing glycemic control in patients with diabetic dyslipidemia has varying effects on hypertriglyceridemia. While insulin may reduce circulating triglycerides, there is no consistent effect on cholesterol, and low HDL levels reduce the ability to further metabolize lipids.1 With this in mind, treatments like pioglitazone, a strong insulin sensitizer, are the best option for lowering triglycerides while raising HDL levels.1

A meta-analysis of trials shows that lowering triglycerides benefits a specific subset of patients who demonstrate patterns consistent with diabetic dyslipidemia.1 In the case of high-risk lipid phenotypes, treatment should ideally target both high triglyceride and low HDL levels to reduce cardiovascular risk in these patients.

The most important approach to treating hypertriglyceridemia is lifestyle modification, specifically exercise and weight loss with a very low-fat diet and total abstinence from alcohol. It may be beneficial to refer these patients to a lipid specialist and medical dietician.3 In addition to lifestyle changes, specific adjunctive therapies should be considered in the treatment of diabetic dyslipidemia, such as fibrates, omega-3 fatty acids, and niacin.

Fibrates (fenofibrate and gemfibrozil) are potent triglyceride-lowering agents that are often used as add-on therapy to statins. Several studies have shown that fibrates can substantially reduce triglycerides by 30% to 50%, as well as decrease negative cardiovascular outcomes.1 Omega-3 fish oil supplements can augment fibrate treatment to lower triglycerides by suppressing VLDL production.1

Niacin is also indicated in dyslipidemias that involve high triglycerides and low LDL, especially in extended release formulations, which minimize the risk for hepatotoxicity. Niacin therapy has been shown to lower triglycerides by approximately 25% and raise HDL by almost 30%.3 It is important to note that while some dedicated cholesterol medications can reduce cardiovascular risk, they may worsen triglyceride levels, and care should be taken in prescribing these to patients with diabetic dyslipidemia.3 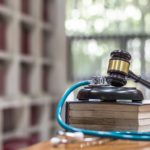