A textbook outcome in liver surgery was shown to be a useful tool for assessing patient-level outcomes postoperatively, according to study results published in the journal JAMA Surgery.

Textbook outcome was defined as, “the absence of intraoperative incidents of grade 2 or higher (defined according to the Oslo classification), postoperative bile leak of grade B or C (according to the severity grading of the International Study Group of Liver Surgery), severe complications (Clavien–Dindo grade III or higher), postoperative reintervention (ie, surgical, endoscopic, or radiologic), readmission within 30 days after discharge, in-hospital mortality, and the presence of R0 resection margin (ie, 1mm or more tumor-free margin).”

Utilizing a large, international, multicenter liver surgical database, all patients undergoing laparoscopic liver resection (LLR) and open liver resection (OLR) between January 2011 and October 2019 were identified. The study included a total of 8188 patients, with 4559 in the LLR group and 3629 in the OLR group.

Study limitations included a risk of selection bias due to the retrospective design and a lack of certain textbook outcome parameters within the database. Additionally, more than 50% of patients underwent LLR and represented a very select group of surgical centers. Finally, the current textbook outcome definition is based on expert opinion of liver surgeons only. This lack of a multidisciplinary perspective limits the definition’s applicability.

According to researchers, study results show the textbook outcome in liver surgery definition, “is an important tool to assess patient-level hospital performance and may have utility in optimizing patient outcomes after laparoscopic and open liver resection.” 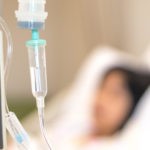