There is much sacred in the hallowed halls of medicine. As any other secret society, this fraternal order of health care professionals has its own language, costumes, and humor. The pathway from pre-medical student, medical student, resident, and finally to attending is heavily marked with ritual and ever-expanding responsibilities. The world opens and unfolds before the eyes of the novice.

There is no more enduring symbol of membership in this group than the modern-day hospital. For those who don’t belong, only fear and wonder lie behind the sliding glass doors of the entry to the emergency room. For the initiated, however, a highly classified world expands and defines our existence.

It was in the hospital where I diagnosed my first disease. I led my first team. I saved my first life.

It was in the hospital where I learned to make difficult decisions on little sleep. It is where I fell to my knees and begged for a miracle, and begged again for forgiveness.

There were things I witnessed in the hospital that I will never forget:

The drama that transpired on those aseptic hospital wards was my transition to adulthood. Quietly I moved from boy to man. My naiveté vanished under the harsh but illuminating fluorescent lights that changed little from day to night.

So it is with great wonderment that I have watched the flight of the primary care physician away from inpatient medicine. The surrender of hospital privileges to hospitalists has become almost complete. As office schedules become fuller and morning rounds before clinic disappear, so do enduring relationships between peers.

A small group splintered and disavowed the secret handshake. They have voluntarily relinquished membership while the rest of the health care universe has acquiesced and rejoiced in their decision. Hospitalists have become the darlings of everyone from the lowly nurses to the vaunted giants inhabiting the C-suite.

It’s no wonder primary care physicians are now finding themselves in the crosshairs of other professional societies looking to encroach on their scope of practice.

A poor little doe has separated from the pack.

The wolves are licking their lips. 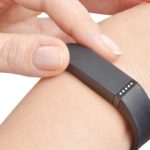