Quick, name the source of this quote: “Litigation, like legislation, was never so rampant as it is to-day.” No, it’s not Sherman Joyce, current president of the American Tort Reform Association. It’s not John Graham of the Brookings Institution, who claimed that litigation does nothing to promote patient safety. Not even dear old George W., who said in his own inimitable way: “We need national medical liability reform. Frivolous lawsuits drive up the cost of health care. The Congress passed a good bill. It is stuck in the Senate. The most powerful lobby in Washington, D.C., in some estimates, are the trial lawyers. We need to make sure that doctors don’t get run out of business and health care costs don’t get run up because of these frivolous and junk lawsuits. Congress has got to pass medical liability reform.”

No, this was a statement made in the Boston Medical and Surgical Journal by George W. Gay in 1911. One hundred and three years ago. The author goes on to lament the “craze for legal proceedings upon any and all occasions, however baseless the charges” and to condemn “the desire to seek revenge for injuries, real or imaginary.” It turns out that the rise of malpractice litigation started even earlier than 1911. Between 1840 and 1860, the number medical malpractice claims in the US rose by 950%.

Anesthesia with ether and chloroform provides a perfect illustration of this trend. Ether was given as the first successful anesthetic in Boston in 1846. Chloroform was discovered 1 year later in England and quickly became popular among English patients and doctors. Painless surgery was made possible. But here was the problem: no one knew how either of the drugs worked. No one knew the mechanism of action or the dose. No one knew how to administer them, nor did anyone have any data about safety. No one had any experience with airway management, and there were no such things as ventilators and endotracheal tubes. Patients clamored for it though they didn’t know what it was, and doctors used it even though they didn’t know how. So it’s no wonder that people died. In fact, in the case of chloroform, they died by the hundreds, on the operating table or soon after, and quite suddenly. Ether was marginally safer, but intraoperative deaths did occur.

Now, in today’s world, a death on the operating table creates stacks of paperwork and years of court proceedings. In the US, that was generally true soon after the discovery of anesthesia. Even Abraham Lincoln dealt with anesthetic malpractice cases. In 1857, he was involved in a case in which an accused murderer said in his defense that he had “chloroform insanity” brought on by anesthesia for an amputation 4 months before. But in England, curiously, people didn’t sue. Not one suit was brought concerning death from chloroform in the UK in all of the 19th century. Thus, ether, being arguably safer, became the drug of choice in the US, and chloroform enjoyed preeminence in Britain.

The reason for this trans-Atlantic difference? The doctor-patient relationship. In the US, after the revolution, there was a decline in elitism and a rise in individuality and individual rights. Religious freedom brought a decline in the old fatalistic mind-set, in which bad things happened because of God’s will. Lawyers tried to govern physicians under contract law, but doctors, expressing their own individuality, did not want to be considered tradesmen.

In the UK, the doctor’s responsibility toward the patient was not thought of in terms of individual rights. To British physicians, the establishment of trust was more important than the ruthless wielding of individuality. The professionalization of medicine and the setting of standards started much earlier than it did in the US, and the priority of UK physicians was adherence to professional standards within the doctor-patient contract.

Of course, today malpractice is widespread across developed nations, and arguments about individual and patient rights, fatalism, and practice standards have equalized. Doctors get sued a lot everywhere. But the study of history does serve to remind us that the basic unit of medicine is still the relationship between the doctor and the patient. The establishment of mutual trust within this unit is the most critical component of both the therapeutic and the legal outcomes. Just ask old Abe Lincoln. 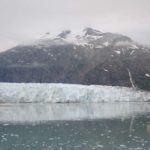