The majority of patients who present to me with requests for medical marijuana cards do so for pain control.  Most commonly, the pain is related to the back or neck.  Surprisingly, I have not had anyone use medical marijuana for relief of cancer-associated pain, which seems to be one of the strong selling points for the marijuana-using community when advocating for legalization.

Another reason that patients inquire about permission for marijuana use is for psychiatric conditions, particularly anxiety-related disorders.  Patients often tell me that marijuana is the only intervention that makes their anxiety better.

As is outlined in the above list of approved indications, psychiatric illnesses— including anxiety—are not included.  In actuality, there is an abundance of scientific evidence showing that marijuana worsens, or in some cases causes psychiatric illnesses.   I have signed medical marijuana cards in the past and will continue to do so when it is appropriate, when potential risks are outweighed by benefits, and when it is in the best interest of that patient. I do, however, always review my recommendation that marijuana should not be used medicinally via inhalation.

The American Academy of Child and Adolescent Psychiatry (AACAP) came out with a policy statement in 2012 regarding the medicalization of marijuana.   Of particular concern to the AACAP is the emerging evidence that adolescent’s perception of the harmful effects of marijuana has become distorted.  Also of concern is that adolescents are accessing medical marijuana for recreational use.

There is well-described evidence that the developing adolescent brain suffers significant cognitive effects to the point that even weekly use of marijuana as an adolescent (up to age 22) can lower IQ by approximately 8 points, and this loss is not recoverable upon cessation of use.  Adolescent users of marijuana are also more likely to develop dependence on marijuana than adult users.  They are at increased risk of development of and worsening course of psychotic, mood, and anxiety disorders. Chronic psychotic disorders such as schizophrenia occur with increased frequency in teens and young adults who use marijuana even once weekly. These disorders occur independently of other risk factors, showing a causative role for marijuana.

I also hear from marijuana supporters that alcohol is somehow worse.  I by no means defend alcohol consumption and could not agree more that it is responsible for tremendous morbidity and mortality.  However, that does not necessarily make marijuana safer for adolescents nor does it reduce the negative impact on adult functioning. These include impaired hand-eye coordination and perceptual disturbance, potentially leading to an increased number of motor vehicle accidents, abuse and dependence with withdrawal syndrome potentially requiring medical treatment, and amotivation leading to reduced occupational or educational productivity—and the list goes on.

So, before our politicians pursue further legalization of marijuana for recreational use, we must ask ourselves, “Is it worth potentially further distorting adolescents’ views on the dangers of marijuana, putting them at increased risk for devastating sequelae, and further minimizing the negative effects on adults in exchange for the almighty tax dollar?”

My opinion is strongly opposed. 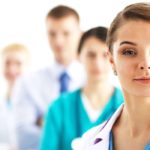