It took days to unravel what happened.

The patient first presented to her cardiologist a few weeks prior. We figured that she must have doubled her amlodipine dose that morning, because her blood pressure was uncharacteristically low. He dutifully documented the hypotension and discontinued the 5 mg of amlodipine, not realizing that she had accidentally taken too much.

Seven days later, her systolic pressure reached the 200 mark. She, of course, didn’t know that. She only knew that her head started to hurt and that she was slurring her speech. By the time she arrived at the emergency room, she could barely move her right arm and leg.

The CAT scan confirmed that she suffered from an intracranial bleed. She was admitted to the ICU and her blood pressure was eventually controlled. Ironically, she was placed right back on the 5 mg of amlodipine. Her pressure came to a comfortable resting place right smack in the middle of the intended range.

She was transferred to the nursing home and landed under my care. I watched her blood pressure closely. The medicine was working beautifully. Her right-sided weakness improved with physical therapy and her appetite was better. Everything was going as planned, until she returned to the cardiologist (whom she hadn’t seen since before being hospitalized).

The appointment was routine. The vital signs looked good. The main complaint of the cardiologist was that the nursing home failed to provide the blood pressure readings in the packet of information they sent with the patient. So he concluded that he couldn’t make any decisions about her medicine. He would leave everything as is.

But here was the rub. The cardiologist worked for a large hospital-owned medical group. They, as many others, were conscientious about meeting the meaningful use requirements set forth by the government for using their electronic medical records correctly. One of these requirements was that each patient receives an after-visit summary detailing the recommendations from each visit. As discussed earlier, the cardiologist had no recommendations given his lack of data from the nursing home. He left the after-visit summary portion blank.

The electronic medical record, programmed in order to make sure that requirements were being met, produced an after-visit summary with the recommendations left over from the previous visit, given the absence of new information. That recommendation was, unfortunately, to stop the amlodipine because of hypotension (the original advice that landed the patient in the hospital in the first place).

The after-visit summary was then handed from the patient’s daughter to the nurse, who dutifully discontinued the amlodipine. It was exactly 48 hours later when I got a call from the nursing home. The patient was complaining of a severe headache and her blood pressure was 250/150.

I sent her to the emergency room. I won’t bother going into further detail about what befell her next.

For years, health care reformers and politicians have lauded the benefits of electronic medical records and meaningful use. Those of us on the front lines of medical care know that they are not a panacea.

In fact, sometimes they are downright dangerous. 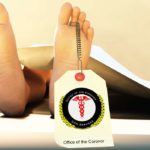 Are We Witnessing the Death of the Modern-Day Physician?