Even though they were such carelessly spoken words back then, Jill took her vows seriously. Till death do us part.

She was just a child when she married Tim. He, a few years her senior, was like a father figure. But they grew together: first professionally and then personally.

When the kids came, everything changed. He spent late nights at the office, and she transitioned her schedule to part-time so she could be home in the afternoons.

Jill’s love grew and expanded. Of course the romance was still there, but what she valued as she grew older was the companionship. Her and Tim were partners in every sense of the word. They traversed life’s paths together, avoiding roadblocks, and choosing carefully for their little family.

The kids were well into high school when Tim developed the numbness and tingling. Jill wasn’t concerned in the beginning, until his symptoms progressed. A flurry of doctor’s appointments later, they held hands in the neurologist’s office and listened attentively to his description of multiple sclerosis.

There were fits and starts. Years passed with Tim only having brief exacerbations that would last for days or weeks. With each remission, the hope grew that his MS would stay manageable. Jill, however, couldn’t lie to herself.  She had read the blogs, and talked to the other family members in the support group.

It was in his late fifties, 20 years after the original diagnosis, that Tim lost the ability to ambulate independently. Jill accompanied him to every physical therapy session. Instead of travelling the world or enjoying retirement like her friends, she spent most days at home keeping Tim busy, and taking care of his needs.

After a difficult hospitalization, Tim was admitted to a skilled nursing facility. Jill preferred not to call it a nursing home.

And Tim did okay. He was now far too debilitated for Jill to take care of him at home. The staff was pleasant, and the food was slightly better than tolerable. When it was clear that insurance coverage for the nursing home was going to run out, the only option left for Jill was to have Tim apply for Medicaid.

She met with the nursing home social worker on a bright sunny day. Jill tried to concentrate on the conversation, but she couldn’t help but be distracted by the overly bouncy personality of the young person sitting in front of her. Jill was wondering how she had become so old.

Her reverie was interrupted by a word that sliced through her psyche and stopped her thoughts dead in their tracks: Divorce.

Jill and Tim would have to retain separate lawyers and get divorced, if she wanted to afford Tim’s care. Otherwise they would have to spend down all their money, leaving Tim well taken care of, but Jill with nothing.

She left the office crestfallen and walked slowly towards Tim’s room. He was her best friend, her partner, her beloved. The tears fell as she contemplated how to tell him that he would spend his last days comfortable and well taken care of, but in the eyes of the legal system, single. 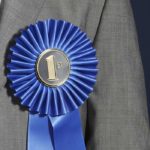