Some days you’re just not at your best. It happens to all of us. The editor misses a typo; the accountant forgets an extra deduction. We’re human, after all. We’re not expected to be perfect.

Instead, our brain is wired to sort through a morass of data as best it can and to develop a game plan. We do this constantly, dealing alike with a wide range of decisions, from the life-protecting, to trivialities as banal as which shirt will go with which shoes, or which turn will avoid the morning rush-hour traffic.

With such a myriad of choices heaped on the pile of our daily decision-making process, inevitably we, unlike computers, are going to have lapses. Usually, the consequences of such errors will be minor — a fashion faux pas or a scolding for sauntering into work a few minutes late.

No one looks forward to such events. But they are recoverable.

However, you can also hit a stretch when lapses seem to be less the exception and more the rule. During these dark periods, the decision-making process that you had trusted and might even unconsciously have taken for granted becomes a screaming adversary that seems to pummel you at every turn.

As a physician, I face such times with great trepidation. Because unlike the editor or the accountant, my decisions have life-altering consequences. On good days, I can accept that my own fallibility is an occupational hazard — and hope that the benefits of my efforts far outweigh the harms.

But the devil is often in the details. Sometimes, the diagnosis is wrong, the brain is addled or the hand is clumsy. When such dreaded mishaps happen, I pray to follow the great dictum to at least “do no harm.”

And I hunker down and brace myself to deal with the consequences, whatever they may be. 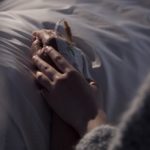