I first became aware of implicit bias in the early 2000s. Just that short time ago, the very concept was often considered esoteric, provocative, polarizing, and unsupported by evidence.

I heard stories of residents and students becoming resistant and even hostile when hearing about implicit bias and its demonstrated impact on patients and their health.

In my speaking to physician assistants (PAs) and PA students, I have certainly seen this first hand, and have been the recipient of more than one strongly-worded retort when discussing the role of implicit bias in medicine. In the last few years, there’s been a dramatic shift.

As recently as 2 years ago, I was still getting strong push-back from students. When I’d ask, “How many of you have taken the Implicit Association Test?” there would be 1 or 2 raised hands at the most.

This year, when I asked a class the same question, the entire class raised their hands, noting “We all took it in our journal club.” Subsequent classroom discussions were much more rewarding than they had been with classes who had never heard of the concept implicit bias, or of the Implicit Association Test site.

It was remarkable to recently see presidential candidate Hillary Clinton use the words “implicit bias” in two separate speeches — first in April and again in July. It shows how far we’ve come in recognizing the role that both implicit and unconscious biases and stereotyping play in the work we do, whether it’s in the medicine, law, or political decision-making.

I wonder what benefits will come from this newfound recognition. It would be great to be able to one day measure the benefits that patients experience when they have providers who are fully aware of the impact of their implicit or unconscious biases. This bodes well for the future — and to think that we might have a president who talks about this issue? Remarkable! 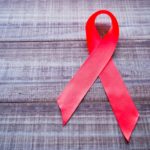