Practicing yoga for as little as three months can reduce fatigue and lower inflammation in breast cancer survivors, according to new research.

The more the women in the study practiced yoga, the better their results.

At the six-month point of the study – three months after the formal yoga practice had ended – results showed that on average, fatigue was 57 percent lower in women who had practiced yoga compared to the non-yoga group, and their inflammation was reduced by up to 20 percent.

The participants had completed all breast cancer treatments before the start of the study and only yoga novices were recruited for the randomized, controlled clinical trial.

Participants practiced yoga in small groups twice a week for 12 weeks. Women making up the control group were wait-listed to receive the same yoga sessions once the trial was over. During the study, they were instructed to go about their normal routines and not to do yoga.

“This showed that modest yoga practice over a period of several months could have substantial benefits for breast cancer survivors,” said Janice Kiecolt-Glaser, professor of psychiatry and psychology at The Ohio State University and lead author of the study.

“We also think the results could easily generalize to other groups of people who have issues with fatigue and inflammation,” said Kiecolt-Glaser, also an investigator in Ohio State’s Comprehensive Cancer Center and the Institute for Behavioral Medicine Research.

Though many studies have suggested that yoga has numerous benefits, this is the largest known randomized controlled trial that includes biological measures, Kiecolt-Glaser said. Researchers recruited 200 women for the study.

The study is published in the Journal of Clinical Oncology.

The research team focused on breast cancer survivors because the rigors of treatment can be so taxing on patients.

“One of the problems they face is a real reduction in cardiorespiratory fitness. The treatment is so debilitating and they are so tired, and the less you do physically, the less you’re able to do. It’s a downward spiral,” Kiecolt-Glaser said. “That’s one reason we think there are higher levels of inflammation in cancer survivors, meaning that an intervention that reduces inflammation could potentially be very beneficial.”

Chronic inflammation is linked to numerous health problems, including coronary heart disease, Type 2 diabetes, arthritis and Alzheimer’s disease, as well as the frailty and functional decline that can accompany aging.

Participants ranged in age from 27 to 76 and were two months to three years past the latest surgical or radiation treatment. Kiecolt-Glaser and colleagues deliberately selected women of a variety of ages, stages of cancer (between 0 and 3A) and treatment methods so the results could be generalized to a broad population of cancer survivors, she said.

Each yoga group included between four and 20 women who practiced the same poses during 90-minute sessions twice a week. Researchers encouraged the women to practice at home, as well; participants logged their total weekly practice time.

Immediately after the active phase of the trial ended, the women in the yoga group reported, on average, a 41 percent drop in fatigue and a 12 percent higher vitality score compared to the non-yoga group.

To gauge the participants’ inflammation levels, the scientists measured the activation of three proteins in the blood that are markers of inflammation – called pro-inflammatory cytokines. They generated the protein activity by injecting a compound that stimulated an immune response. The proteins are interleukin-6 (IL-6), interleukin-1 beta (IL-1B) and tumor necrosis factor-alpha (TNF-a).

At the three-month point immediately after the yoga sessions ended, all three pro-inflammatory cytokine levels were lower, on average, in the yoga group compared to the non-yoga group: TNF-a by 10 percent, IL-6 by 11 percent and IL-1B by 15 percent.

“We were really surprised by the data because some more recent studies on exercise have suggested that exercise interventions may not necessarily lower inflammation unless people are substantially overweight or have metabolic problems,” Kiecolt-Glaser said. “In this group, the women didn’t lose weight, but we saw really marked reductions in inflammation. So this was a particularly striking finding biologically.”

A secondary analysis showed that more frequent yoga practice produced larger changes in fatigue, vitality and depressive symptoms as well as between an average 4 to 6 percent reduction in two of the three pro-inflammatory cytokines. The yoga group also reported significantly improved sleep compared to the control group.

“Yoga has many parts to it – meditation, breathing, stretching and strengthening. We think the breathing and meditation components were really important in terms of some of the changes we were seeing,” Kiecolt-Glaser said.

Revisiting the participants again at the six-month point, three months after the intervention was complete, the researchers discovered that health measures in the yoga group had continued to improve in that window of time: Fatigue was 57 percent lower and inflammation was between 13 and 20 percent lower than the non-yoga group.

“We think improved sleep could be part of the mechanism of what we were seeing. When women were sleeping better, inflammation could have been lowered by that,” Kiecolt-Glaser said. “Reducing fatigue enables women to engage in other activities over time. So yoga may have offered a variety of benefits in addition to the yoga exercises themselves.”

This work was supported by the National Cancer Institute. 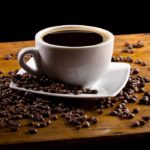 It’s All Coming Back to Me Now: Researchers Find Caffeine Enhances Memory