Honey has been used since ancient times as a delicious natural sweetener, but did you know that the substance was also known for thousands of years for its medicinal properties? Healers would wrap wounds with dressings made of sugar and honey, but with the development of antibiotics over half a century ago, the treatment faded into the recesses of history. Today, some doctors are reviving the old remedy at times when modern medicine has failed in treating a patient.

Sometimes a wound can become infected with bacteria, preventing it from healing on its own. When this happens, bacteria feed on the injured tissue and multiply in the wound, only to end up causing more tissue damage. This is when honey might come in handy. Honey helps wounds heal by killing off the infecting bacteria, and for a number of reasons. Honey contains tons of sugar, not only meaning that it tastes great, but also that there is very little water in it. When honey is on a wound, it acts like a dry sponge, absorbing any water from the laceration. This helps to kill bacteria, which need liquid to survive and multiply. Honey is also very acidic and produces hydrogen peroxide—properties that further create a bacteria-killing environment.

According to a review published in the International Journal of Clinical Practice, which includes 18 studies covering more than 60 years, doctors should consider using honey as a treatment to help heal wounds. “Researchers started to document the wound healing properties of honey in the early 20th century, but the introduction of antibiotics in 1940 temporarily halted its use,” says lead author Dr. Fasal Rauf Khan from North West Wales NHS Trust in Bangor. “Now concerns about antibiotic resistance, and a renewed interest in natural remedies, [have] prompted a resurgence in the antimicrobial and wound healing properties of honey.” Researchers have reported that honey can also be an effective treatment in preventing amputation among diabetes patients.

In one study published in the Archives of Surgery, Turkish researchers inflicted neck wounds in 60 mice, inoculated the wounds with cancer cells, and coated half the wounds with honey. Ten days later, all the mice that were not treated with honey produced visible tumors at the site of the wound. Of the mice that were treated with honey, none had any visible tumors, but 8 had microscopic tumors. Honey reduced the rooting of cancer cells from 100% to 26.7%. The researchers concluded, “Honey could be used as a wound barrier against TI [tumor implantation] during pneumoperitoneum in laparoscopic oncological surgery and in other fields of oncological surgery.”

Another study published in Acta Paediatrica involved 9 infants with large, open, infected wounds that failed to heal with modern treatment. After being treated with a topical application of 1 to 2 teaspoons of fresh unprocessed honey twice daily, the wounds had all closed, and were clean and sterile after 21 days of honey application.

Honey was used in a third study, published in the European Journal of Medical Research, to treat 26 women who had infected wounds following C-section, while a control group used topical iodine and antibiotics. The honey-treated women were cleared of infection in half the time, an average of 6 days, compared to 15 days for the control group. The women who used honey also had scars that were less than half the size of those in the control group, and their average hospital stay was 11 days shorter. The authors of the study concluded that “topical application of crude undiluted honey could (1) produce faster eradication of bacterial infections, (2) reduce period of antibiotic use and hospital stay, (3) accelerate wound healing, (4) prevent wound dehiscence and need for re-suturing and (5) result in minimal scar formation.”

Honey may be making a comeback in the medical community, but it’s recommended that patients talk with their doctors before using it as a remedy. Some doctors are still skeptical when comparing the treatment to modern medicine. “For the right kind of wound it works fine, and it’s fun to look at an ancient remedy,” says Dr. Mary H. McGrath, chief of the division of plastic surgery at the George Washington University Medical Center in Washington, DC. “But there are about 600 lotions and potions for healing wounds, and I think you can get a lot more effect with our contemporary local antibacterials.” 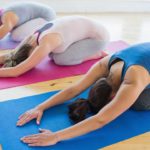