HealthDay News — According to a study published in the Annals of Internal Medicine, successful weight maintenance may be more likely with a series of post-diet coaching sessions conducted mostly by phone.

Corrine Voils, PhD, scientific director of the Wisconsin Surgical Outcomes Research Program at the University of Wisconsin in Madison, and colleagues included 222 patients at VA clinics in North Carolina who lost an average of 16 pounds as part of a structured weight-loss program.

Following their weight loss, participants were randomly assigned to receive regular coaching from dietitians or were left to their own devices.

The coaching included a few group visits at first, but quickly transitioned into regular phone calls. After 42 weeks, patients were left alone for 14 weeks and then weighed again to see whether they’d experienced any weight gain.

The coaching addressed four major themes for weight-loss maintenance, Voils told HealthDay. The first involved weighing oneself regularly to identify any sudden weight gain. Patients were told to react if they noticed that they’d put back on 3 pounds.

Participants also were encouraged to plan for situations where they might slip into old eating habits, such as holidays, travel, parties or church buffets; ask a friend or family member to help them maintain healthy habits that would keep weight off; and make a list of the personal benefits from weight loss they’d experienced, as a way to keep them motivated. 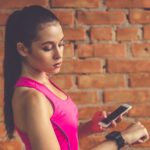 Does A Fitbit Actually Make You Fit?