Cavemen lived during a much simpler time. You would never catch one texting at dinner, nor would he or she be spending all hours of the night watching television. Instead, they woke at sunrise and relaxed at sundown. They explored the land, gathered around a fire, and gazed at the stars. Life was simple for cavemen, and with that, so were their diets. A caveman didn’t have the luxury of buying packaged foods at the grocery store, but instead had to hunt and gather everything he ate. While this was a tedious and time-consuming job, some are arguing that cavemen had a healthier diet than their counterparts of today, who eat processed foods with sugar in almost everything. Thus, those people are opting for the so-called Paleolithic Diet, made up of exclusively natural and unprocessed foods similar to those that ancient humans ate during the Paleolithic Period. But is the Paleo Diet really better?

The Paleolithic Period began over 2 million years ago and ended around 10,000 years ago with the advent of modern agriculture. The humans of this time were extremely active because they had to be for hunting their meat and gathering vegetables, fruits, nuts, mushrooms, etc. Cavemen did not eat sugar, refined sugar, salt, legumes, or dairy products. They would have eaten grass-fed and naturally lean animals, and eggs, which were natural, unprocessed, and free of hormones and antibiotics. A majority of all carbohydrates they ate came from fruits and vegetables. Pesticides didn’t exist and all produce was wild. Their diet was 100% unprocessed because that’s what was available. Modern humans, on the other hand, can choose not to be active and eat unhealthy foods at the same time, leading to consequences like obesity, high blood pressure, diabetes, heart disease, and so on. Compared to the modern diet, it would appear that cavemen had a better way of eating.

However, the average caveman lived about 18 years, versus modern man’s 80. So were they really healthier? Consider the way they died: cavemen were typically killed by an oversized predator, viruses, or bacteria. Chronic diet-related disease was never the cause. Today, whereas predators and viral diseases are a low risk, chronic diet-caused disease is at its worst. According to Sam Graci, author of The Power of Superfoods, the typical Paleolithic diet supplied between 2 and 5 times as much nutrients as the average diet today. Cavemen also had the added benefit of daily activity, unlike people of today, who largely sit for much of their time. A study conducted by Christine Friedenreich, an epidemiologist at Alberta Health Services-Cancer Care in Canada, showed that nearly 173,000 cancer cases in the US each year are caused by physical inactivity.

Defenders of the Paleo Diet certainly are passionate about its regimen. Kellyann Petrucci, a nutritional clinician and author of 3 popular Dummies books about the Paleo Diet, says she is feeling healthier than ever. “I became interested in Paleo because when I hit 40 a few years back, I crashed and burned,” she says. “I was gaining weight like crazy…my skin looked lifeless, my hair started thinning and I had no energy. When I followed the Paleo template, it was clear to me that something was happening on a deep cellular level. Not only did I get myself back, but a healthier, more vibrant version.”

But many other nutrition experts disagree with following the ancient diet. An article in Scientific American criticized the Paleo Diet as “half-baked.” The article says that although minimizing preservative-packed processed foods was smart, the banning of “any kind of food unavailable to Stone Age hunter-gatherers,” including dairy products, grains, and beans, was not as smart. Those who oppose the diet find its restrictive requirements unrealistic, adding that “living off the land or restricting oneself to foods available before agriculture and industry does not guarantee good health.” 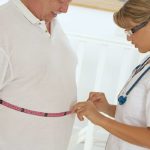