According to a study published in Clinical Infectious Diseases, the use of social media increased HIV testing rates among men who have sex with men (MSM), bisexual men and transgender individuals as much as 2.9 times that of a comparison group.

Scott D. Rhodes, PhD, and colleagues used a cross-sectional matched-pair randomized trial with 2 intervention communities and 2 communities used for comparison to see if HIV testing could be increased in a period of 12 months.

Dr. Rhodes is from the Department of Social Sciences and Health Policy, the Division of Public Health Sciences, the Section of Infectious Diseases, and the Maya Angelou Center for Health Equity at the Wake Forest School of Medicine in Winston-Salem, North Carolina.

The researchers reported that 1292 participants with a median age of 40.9 years completed the assessments. In the year before the social media experiment, participants had a similar rate of HIV testing: 34.6% for the intervention groups and 38.5% in the comparison groups. However, following the 12-month study period, the intervention group had a testing rate of 63.7%, and the comparison group had 42%.

Dr Rhodes and colleagues targeted geographically distinct communities 322 to 531 kilometers apart, with similarly sized populations. They examined the following social media sites between July 2013 and July 2014: Adam4Adam, BlackGayChat, Craigslist, and Gay.com. The researchers noted that people who use social media sites for sex are at an increased risk of HIV infection.

“Those who seek sexual partners via social media are more likely to report unprotected sex, more sex partners, alcohol and drug use during sex, a history of sexually transmitted infection, and low HIV testing rates,” they reported, citing 4 supporting studies.

Empowerment education, social cognitive theory, and natural helping, described by the researchers as “a concept that encompasses the way in which individuals offer social support to one another in informal, spontaneous, and everyday interactions,” were used in intervention communities and made available Monday through Friday from 9 am to 5 pm, similar to community-based HIV prevention practices.

Interventions were tailored based on the target social media. A health educator created social media profiles for each site and posted information about testing; ability to answer questions and provide information; testing locations and procedures; and nontraditional testing locations like clubs and bars. The health educator replied to users via instant message once they initially contacted him. On Craigslist, every 3 to 4 hours he posted information about testing and triggers and used email to communicate with users.

The researchers said that they were able to reach MSM who might otherwise be difficult to locate, because many of them self-identified as bisexual or straight and would probably not be found in places such as gay bars and clubs. Also, the study was simple to implement: “The intervention did not require recruitment to, enrollment in, or implementation of a standardized intervention,” the researchers wrote. It only required one online health educator  to reach more than  a thousand participants.

This study may be expandable to other types of social media, the researchers noted, particularly “hook up” apps like Grindr and global messaging apps like WeChat.

In an interview with Infectious Disease Advisor, lead study author Dr Rhodes said, “We are looking at the use of other types of social media such as dating mobile apps as a complementary strategy to promote HIV testing among men at increased risk. This strategy looks promising as well.”

He added, “Because of the success of using social media to promote HIV testing, social media may also be effective in increasing linkage to and engagement in care. We have a paper coming out next month in AIDS Education and Prevention, first authored by Dr Amanda Tanner, that outlines the use of social media this way.”

During the interview, Dr Rhodes explained that young MSM are disproportionately affected by HIV. “Proven successful and innovative strategies such as these can be applied by infectious disease physicians to reach young MSM and retain them in care,” he said. 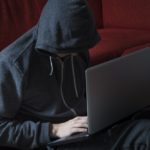 How To Protect Your Medical Practice From Cyber Hacking