Technology and social media has evolved so greatly in the last few years that UK doctors are now sharing patient scans via Snapchat.

Doctors are warned of how “insecure and risky” sending confidential patient scans via social media applications are. The National Health Service (NHS) — the world’s so-called largest consumer of fax machines — forced their medics to find other sources for sending and receiving patient scans, according to an article published in The Telegraph.

NHS Trust had a business deal with DeepMind Health that encompassed files of patients shared for a tester application, called Streams, which would alert doctors of patients who are at risk for kidney injury. DeepMind made an inquiry into their business partners’ annual report one year ago.

The results showed that NHS Trust has been surpassed by the digital revolution — as a result of containing records through paper-based systems and 11 other technical vulnerabilities. However, DeepMind was commended by hired professionals for taking cautionary measures. The Information Commissioner’s Office (ICO) declared that NHS failed to comply with the Data Protection Law.

Telegraph reporters revealed that NHS has, on average, 160 different computer systems in operation. However, due to negligence on the part of NHS, doctors have taken up other forms of sharing patient information with one another, such as camera applications. “It is difficult to criticize these individuals, given that this makes their job possible. However, this is clearly an insecure, risky, and non-auditable way of operating, and cannot continue,” the reporters stated.

NHS has many companies within the corporation that supply technology systems that could very well be faulty or insecure. The main constituents proving that NHS has failed Data Protection Law are the way data is used, kept, and shared. NHS should not have shared its files for the test of the Streams application.

Legal authorities, as well as an independent experts, conclude that DeepMind did not break any laws. DeepMind announced that it will undergo many changes to ensure that their company is secure with appropriate protection barriers. “DeepMind Health said that inviting independent reviewers to scrutinize their work was a very unusual process for a tech company, but one that we hope will significantly increase scrutiny of our work and, ultimately, help us get it right.” 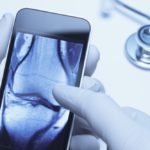 Have You Ever Heard of a Smartphone?