Results of a feasibility study published in the Journal of Affective Disorders support the efficacy of a smartphone-based psychoeducation program for individuals with bipolar disorder.

Researchers designed a smartphone-based application that could supply medication reminders, psychoeducational messages, tutorials on identifying prodromal symptoms, and other services to users with bipolar disorder. Participants (n=201) completed Web-based questionnaires prior to using SIMPLe 1.5 and after 6 months of use. These questionnaires captured sociodemographic characteristics, illness and treatment variables, and psychiatric well-being per the World Health Organization-Five Well-Being Index and the Short Form Health Survey-36. The follow-up questionnaire also asked participants to rate their satisfaction with the application and identify its most useful aspects.

Study attrition was high, with 33.8% of patients completing the full 6 months of study participation. The total cohort used the app for a median of 2 months, with the highest drop-out rate (34.8%) observed during the first month. The only variable predictive of retention was older age (P <.001). The average daily interaction of users with SIMPLe 1.5 was 1.8 times per day (standard deviation 3.2). Median World Health Organization-Five Well-Being Index scores of completers improved from 40 (interquartile range 36) at baseline to 48 (interquartile range 32) at follow-up (P <.001). Similarly, completers showed significant improvements in 6 domains of the Short Form Health Survey-36 at follow-up, including general health perceptions (P <.01), mental health (P <.01), physical role functioning (P <.001), emotional role functioning (P <.001), social functioning (P <.001), and bodily pain (P <.05). Among those who completed the follow-up questionnaire, 62% reported satisfaction with the app and 70% reported ease of use. Users typically agreed that the mood chart, psychoeducational messages, and daily tests were the most useful features in managing their disorder. The most commonly reported reasons for discontinuing use were repetitiveness and lack of time to complete tests.

These data support the efficacy of smartphone-based educational programs in the management of bipolar disorder. Such programs could serve as a cost-effective and accessible method of treatment delivery to patients. Further studies are necessary to clarify whether online programs are more effective as standalone treatment or as adjunct therapy. 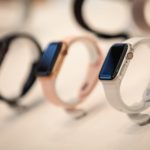