Smartphones have begun to play a large part in every aspect of our lives. These days, it is rare to come across a person who is not carrying their phone on them. There are many times when I will be in an exam room talking to a patient while their friend or family member is sitting in the corner of the room looking at their smartphone.

I tend not to think much of it, but recently I’ve had multiple instances where I’ve completed a procedure and heard the person in the corner say something along the lines of “Woo! Your facial expressions were priceless! Good thing I recorded a video of the whole thing!” I have a major issue with people saying this, because it means one thing – they’ve recorded me and I wasn’t aware of it.

For the most part, I’m sure the videos won’t travel past the realm of your patient’s friends. However, all it takes is one person to post a video on social media and the next thing you know, you’re a viral sensation and have no clue.

Personally, I feel that recording someone without their knowledge is a great invasion of privacy. In fact, the state of Pennsylvania (where I live), has a wiretapping law that makes it illegal to record someone unless they agree to it. This now includes recording people with smartphone apps as well. In addition, the hospital where I work has a policy of their own, which bans video recording in the emergency department.

If people ask me if they can take a video, I tell them upfront that it is against hospital policy to record a video in the emergency department. I don’t let them record video because I don’t want to go against hospital policy. On the other hand, I have no problems with people who take pictures of their wounds or X-rays, because I would also want to take before and after photos of my lacerations or fractures.

When I find out that someone has recorded me without my knowledge, I try to approach it gracefully. I politely inform them that it is against hospital policy to record videos and I ask that the video go no further than the emergency department. If they want to show their friend what they looked like during the procedure, then so be it. I always make sure to mention that I don’t want anyone to get in trouble for going against policy. Patients and their friends and family are usually receptive to this idea.

I think the best solution to the problem of recording in the emergency department is to try to head it off before it happens. I have started paying more attention to the people in the corner of the exam room to make sure they are not filming anything. If they are, I inform them of the policy and don’t continue with the exam until they stop. While I know it is impossible to catch everyone who is filming, I hope this cuts it down to some extent. This way, when I become a viral sensation, I can make sure it is because of something done on my own terms! 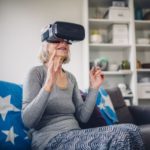