Not Prepared for an In-Flight Medical Emergency? There's an App for That - Medical Bag

Increases in global air travel have led to a subsequent increase in in-flight medical emergencies, and more physicians than ever have witnessed a flight attendant request assistance from any medical personnel on board.1

However, a 2017 study published in Aerospace Medicine and Human Performance suggests that most healthcare professionals do not have sufficient knowledge of in-flight emergency stabilization or protocols.2

The airRx mobile app hopes to change that. A study presented that the 2018 annual meeting of the Society for Academic Emergency Medicine found that both confidence and performance of physician responders improved through the use of practice simulations of in-flight medical emergencies.

The free app provides users with 23 scenarios of the most common in-flight medical emergencies, a real-time checklist, and quick reference handbook. Once downloaded, the app does not require an internet connection and can be used in airplane mode.

“Healthcare professionals are typically not used to responding to in-flight emergencies,” said John Vozenilek, MD, FACEP, Vice President and Chief Medical Officer for Simulation at Jump Simulation, the organization that partnered with the University of Illinois College of Medicine Peoria to conduct the investigation.

The study recruited actors to portray patients, family members, fellow travelers, and flight attendants in a mock airplane cabin. Resident physicians specializing in non-emergency subjects were asked to assist. Those who used the airRx app were more likely to achieve higher scores on the Critical Action Checklist as well as on critical action timing for contacting ground support. Although all physicians reported an increase in their confidence of in-flight emergency management, those who used the airRx app reported a greater increase.

“Few resources are available to familiarize physicians with what they may encounter as in-flight volunteers, which often includes medical events and conditions outside of their own medical specialties,” said Raymond E. Bertino, MD, clinical professor of radiology and surgery at University of Illinois College of Medicine Peoria and lead developer of the airRx app.

airRx is available in both the Apple App Store and Android Google Play stores. 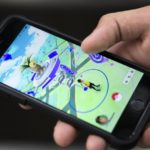