With the release of any new device, the question often asked is: Which device is better? The more important question at hand is: Which device is better suited for your needs? Tablets have been around for several years; there have been successes such as the Apple iPad and Android tablets, and failures like the Motorola Xoom and HP TouchPad. Tablets come in varying sizes, colors, and price points.

It is safe to say that the 2 dominant platforms (iOS and Android) have a bevy of apps available that can streamline your day-to-day activities, from planning and scheduling, to viewing and sharing patient data. Apple iPad devices come in several iterations that have varying storage sizes, screen sizes, and markets they are targeting. Android-supported devices come in a far greater array of configurations and can really make comparisons difficult.

As iPads are only manufactured by Apple, there is less confusion, and performance across iPad devices is generally the same, as is the end user experience with the user interface. There are many reasons why Apple devices are preferred in many fields: the support is first-rate, and most often, apps are developed primarily for iOS devices first, and shortly afterward, Android receives a version. The iOS operating system, which originated with the release of the very first iPhone, was enhanced to run on its flagship tablet, the iPad. iDevices are generally supported for several OS updates after release, ensuring better longevity of the devices without having to upgrade year after year.Apple has recently released iOS 7 and several follow-up releases, leading to the current version of 7.1. The user interface for iOS has become more elegant and simpler looking. Visual tweaks aside, the performance and usability of these devices have stayed the same. The iPad offers fantastic battery life thanks in part to the OS being extremely lightweight and providing very efficient memory management.

Android tablets are manufactured by numerous companies, ranging from the obscure to the mainstream, such as Samsung, LG, Asus, and even Google themselves. Android devices, given the numerous companies manufacturing them, ship with a wide range of Android OS versions, the most recent being Jellybean (Android OS version 4.1-4.3) and KitKat (Android OS version 4.4). With the recent release of Android 4.4 (KitKat), many optimizations in regard to memory management have been made to compete against Apple. Any device shipping with prior versions should generally be avoided, as app compatibility can be hit or miss and the likelihood of OS updates being available will be slimmer, as the hardware within might not be powerful enough. OS updates are generally provided 2 years from release, but depending on the company and whether there are any significant updates made to Android in that time, you may not receive an update at all.

With Apple’s devices, the use of the iTunes Store is a must, as there is no alternative market available. This ensures that all items submitted to the iTunes store are reviewed and verified as legitimate prior to being made available for purchase or download, providing protection for customers/end users. The Google Play Store, on the other hand, does not go through a certification process and allows the release of most software to the store, but these apps will be removed if they are found to be illegitimate. Google devices also allow for the use of alternative app stores such as Amazon’s App Store, Samsung Apps, and many others, which may lead to confusion for users.

With all of this in mind, we can easily break down the key points for each device. iPads are generally built “better,” but this is relative. Aluminum provides both an aesthetically pleasing look and feel, but also enables a sturdier foundation for the device being pieced together. Android devices come in a variety of aluminum or plastic body cases and have come a long way since their introduction, with a fit and finish that is nearly on par with Apple’s offerings. Pricing can range from $100 to $800 or more, as the make, model, screen size, and storage options all affect cost. If you are looking for a relatively cheap but reliable tablet for $200 to $300 dollars, a Google Nexus 7 (7-inch display) or iPad Mini might be what you are looking for. There are plenty of options available for less than $300, but of all of them, these are the cream of the crop. Both have fairly good battery life, with the iPad Mini beating the Nexus 7 significantly. The Nexus 7 is a 7-inch device that is very portable, whereas the iPad Mini, coming in at 8 inches, is larger, and due to the aluminum construction, slightly heavier but portable as well.

Within the $300 to $400 range, an iPad Mini with Retina display or Samsung Galaxy Tab Pro, which both sport an 8-inch screen, may be preferred. The primary difference between the original iPad Mini and Mini with Retina display is that the screen density on the Retina display (326 ppi) is far greater and provides a sharper and clearer viewing experience than the Mini (163 ppi). The Samsung Galaxy Tab Pro features an even higher pixel density (359 ppi), making it ideal for reading material and viewing graphic content. The Samsung tablet also comes with a stylus that can be used for writing. Apple’s devices do not come with a stylus, but one can be purchased and used with a variety of apps that are available at the App Store. If screen real estate is your main focal point and price is not a concern (ie, >$500), then the current iterations of the iPad Air, iPad Retina, or the Samsung Galaxy Note 10.1 may be what you are looking for.

It’s important to know which applications you are looking to run for both personal and work use, and whether they are available in each device’s respective stores. If you are utilizing software from a vendor for your practice’s needs, it may be best to consult with your local IT department or ask the vendor if the application is available for the specific device you’re looking to use.

Any variety of AMOLED display will have a richer and more saturated color when viewing most items. AMOLED displays offer some of the truest blacks when watching video and movies, and given how these displays process displaying black colors, offer a significant boon to battery life as well. The technology has come a long way, with better methods of implementation year after year, and has recently been considered a very good alternative to LCD displays. The SuperAMOLED and AMOLED Plus displays offer even better viewing angles, color accuracy, and battery life savings when incorporated into a mobile device, in addition to excellent contrast, as the light being shown on the device is being generated by an individual pixel rather than using a backlight. The 2 pitfalls of AMOLED display technology are that the displays appear washed out in direct sunlight, making it difficult to see your screen and what you are trying to accomplish; in addition, the display itself will degrade over time due to the organic materials from which it is derived. Some AMOLED technologies will also, over time, cause screen burn-in, which essentially will leave a ghost or imprint of whatever was being displayed on the screen for the most amount of time. Most of the current generation of devices vary in their use of SuperAMOLED Plus, HD SuperAMOLED, HD Super AMOLED Plus, and Full HD Super AMOLED (currently the best implementation of the technology).

LCD display technology has been around for quite some time. Color rendering tends to be truer with less over-saturation and a more flat rendering of colors. LCDs have been the norm in many devices, and are still considered one of the best for battery life and low-light situations. In direct sunlight, a good LCD display will be very clear and will enable easy viewing of most media. LCDs also come in many variations, such as IPS LCD displays, which are now the mobile standard for phones, tablets, and other computing devices. A device using an IPS LCD display will consume nearly half the power that an AMOLED display would, making these highly efficient for mobile productivity.

If you are looking for a solid, reliable, and well-supported device, the iPad variants will fit well for most fields. For professional use, it is the standard that all other devices strive to match and beat, but have not yet been able to. The sheer amount of apps available in the iTunes Store, coupled with Apple’s support, make this a device that is a fit for any role. If you are going to use a tablet as a real productivity tool, it is best to go for one that has a larger screen but is also comfortable and portable enough for daily use. For reading, entertainment, and light work, a smaller 7- to 8-inch tablet should do quite well. 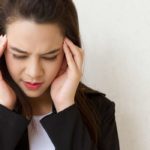