Although the trend of “precision public health” promises to change the landscape of the public health field, concerns surrounding the scientific, practical, and ethical implications have cast a shadow over the innovation, according to a perspective article published in the New England Journal of Medicine.

Merlin Chowkwanyun, MPH, PhD, and colleagues discuss the pros and cons of precision public health, pointing out that precision public health appears to be headed toward an “individually focused concentration, anchored in genomics,” rather than including other factors involved in the health of the community as a whole. Disparities in socioeconomic factors such as housing, education, and access to care must be integrated into a total approach to public health to achieve the goal of improving community health, according to the authors.

Dr Chowkwanyun and colleagues noted that in May 2018, the National Institutes of Health began enrollment of a medical research cohort; the study is named “All of Us” and will ultimately include 1 million volunteers from across the United States. These volunteers will be studied over the course of 10 years at a cost of $1.45 billion, with the goal of building a scientific foundation for a new era of personalized and effective healthcare, meant to eventually replace the current 1-size-fits-all approach to healthcare. National Institutes of Health Director Francis Collins has promoted precision public health as “prevention and treatment strategies that take individual variability into account.”

Yet, the authors contend, key issues should be considered before public health takes up the precision agenda. They question what this new approach means for the future of public health and whether it offers the opportunity for a re-energized public health enterprise or whether it represents a rejection of the public health mission of improving population health.

The authors point out the difference between the macro and granular approaches by using the example of the 19th-century tuberculosis epidemic: Whereas the public health mission was focused on improving overall population well-being through structural transformations such as better access to healthcare, better housing, and less crowding to curtail the epidemic, the more granular approach focused on finding a “magic bullet” to cure individuals. These 2 approaches (intervening at the individual vs the community level) have been the cause of serious debate as to which is more effective.

The authors argue for a more “elastic vision” that uses a precision-energized public health enterprise that uses big data to the benefit of all, and contend that the current precision public health approach warrants much more scrutiny than it has received to date. 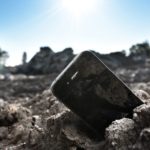