Just 2 days before writing this, I wrapped up a few hours earlier than usual from my clinic. Heading out for a weekend getaway? No, I was making the drive up to the University of California, San Diego (UCSD) campus, where I was slated to give a presentation.

As the last speaker in a 4-hour retreat.

Actually, there was one last item on the agenda — I was slotted right before a brief university parking update, a sore topic if there ever was one. I am grateful I spoke before and not after that. I was tasked with a sole, seemingly simple instruction: give an update on a medical education project I’ve been spearheading. Sounds glamorous, but this has been the epitome of a grassroots project.


I started with no budget, no roadmap, and a team of 1, consisting of — you guessed it — yours truly. But here I was, about to share with my colleagues who each serve as a preceptor for a primary care clerkship with 1 third-year medical student assigned to them for the entire year. My main mission was to inspire individuals to contribute brief videos on topics for the students in their clerkships.

I opened up both PowerPoint and my e-mail (I managed to be able to embed a video I had made with the help of aspiring medical students, but essentially with only audio), and I pressed the “play” button.

Concept videos, or narrated animated videos, are not new. The Khan Academy  and TED talks are 2 examples of brief videos that educate and inspire. Stanford University School of Medicine in California has developed these as part of the “flipped classroom” for medical education. The flipped classroom involves asking students to view material that would usually be delivered in a lecture before class, and using that class time to engage actively — solving cases, answering questions, and the like.

What if we took this idea of making these short videos available for students to view, before, during, and/or after their rotations? 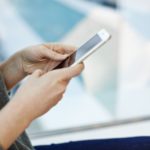 How to Identify Smartphone and Internet Addiction