Since 1961, when it became the first World Health Organization (WHO)-certified country to eliminate malaria in most of its territory1, Venezuela has been a leader in controlling vector-borne diseases in Latin America. The country’s commitment to eradicating the transmission of malaria was evidenced through its systematic and integrative infection and vector control, case management, preventive diagnosis, patient treatment, mass drug administration, use of volunteer community health workers, and sanitary engineering practices, such as housing improvement and water management.1 In fact, the success of Venezuela’s public health intervention helped stimulate interest in eliminating malaria worldwide in the 1960s.1

However, Venezuelans have endured a decade of political, economic, and social unrest, which has left the country in crisis. Once prosperous, Venezuela’s economy has been devastated by years of political repression, economic mismanagement, and corruption.2 Most significantly demonstrated when Juan Guaidó, a National Assembly leader, declared himself the president earlier this year, in place of then current President Nicolás Maduro.2

Diseases on the Rise

Vector diseases are mosquito-borne viral illnesses, which are typically transmitted by female mosquitoes. Recent research has concluded that the ongoing humanitarian crisis in Venezuela may be fueling the resurgence of vector-borne diseases, such as malaria, Chagas disease, dengue, and Zika virus.

A study published in The Lancet evaluated healthcare data from Venezuela and found:1 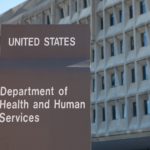