HealthDay News — Lung cancer screening based on US Preventive Services Task Force (USPSTF) criteria decreased from 2010 to 2015, and risk-targeted screening is associated with modest gains in terms of early lung cancer mortality per person screened, according to two studies published online in the Annals of Internal Medicine.

Li C. Cheung, PhD, from the National Cancer Institute in Bethesda, Maryland, and colleagues compared USPSTF eligibility criteria with individualized, risk-based eligibility for lung cancer screening. The researchers found that between 2005 and 2010, the number of screening-eligible ever-smokers increased by any eligibility criteria, while there was a decrease between 2010 and 2015. Based on USPSTF criteria, the number of persons eligible for screening increased from 8.7 to 9.5 million from 2005 to 2010 and decreased to 8 million in 2015. For risk-based criteria, the decreases in screening eligibility between 2010 and 2015 were more modest.

“Because of US population changes related to smoking between 2010 and 2015, adhering to the USPSTF criteria led to fewer ever-smokers being eligible for computed tomography screening and fewer lung cancer deaths being averted by screening,” Cheung and colleagues write. “Individual risk-based criteria would screen high-risk smokers currently ineligible for screening using USPSTF criteria, resulting in more modest decreases in the numbers screened and deaths averted.”

Authors from both studies and the editorial disclosed financial ties to the pharmaceutical and medical technology industries. 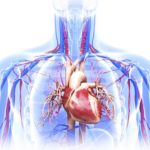