Policies enacted to increase patient access to biosimilars would save billions of dollars in federal healthcare costs, according to a press release from the Biosimilars Forum. Additionally, such changes would save $3.3 billion to Medicare beneficiaries over the next decade. These policies were delivered to Congress in 3 proposals.

Although the majority of drug spending in Medicare is driven by biologics, biosimilars, which have FDA approval, are less expensive, and have demonstrated equal efficacy and safety, have faced barriers to adoption in both private and public insurance markets. Biosimilars represent a turnkey solution for reducing taxpayer and patient financial burden.

Avalere Health was commissioned by the forum to draft 3 policy proposals for the federal government. The first of these proposals was to lower the out-of-pocket costs for patients using biosimilars, which could result in $5.2 billion in saved taxpayer dollars between 2020 and 2029. Seniors would also save up to $3.3 billion in out-of-pocket medication costs in the next decade.

The second proposal was for a biosimilars shared savings program for Medicare Part B providers, which was estimated to save $3 billion in tax dollars between 2020 and 2029. This policy would incentivize physicians to prescribe biosimilars instead of biologics by contributing a percentage of savings to prescribers.

The third policy recommendation was for an additional biosimilars add-on payment. This was predicted to save $8.2 billion in the coming decade and would encourage higher biosimilars prescriptions by offering higher reimbursements to doctors in Medicare Part B for using lower-cost drugs.

The administration’s proposed fiscal year 2020 budget prioritizes “payment and cost-sharing incentives to increase biosimilar adoption.” The forum’s scoring analysis proved that biosimilars will save billions, but “will require proactive policy action to unlock these savings,” according to Biosimilars Forum president Juliana Reed.

Biosimilars forum announces support for policies that would save taxpayers and seniors billions. Washington, DC: Biosimilars Forum. Published online May 29, 2019. 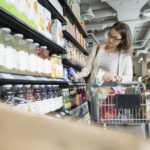