On March 29, 2019, Georgia was added to the growing list of states that have passed “heartbeat bills” intended to severely restrict abortion access. If signed by Republican Governor Brian Kemp, as it almost certainly will be, Georgia House Bill 481 (HB 481) would ban abortions after 6 weeks (before most women know they are pregnant), rather than after 20 weeks, as is currently allowed by law.1

The 6-week mark is based on claims that a fetal heartbeat can be detected around that time, and thus life has begun. Physicians have refuted this concept, explaining that “what sounds like a heartbeat at 6 weeks signals the practice motions of developing tissues that could not on their own power a fetus without the mother,” according to an article published in the Atlanta Journal-Constituion.1

Since the start of 2019, more than 300 abortion restrictions have been introduced nationwide. Similar to Georgia’s HB 481, 6-week bans have recently been passed in other states, including Kentucky, Mississippi, Ohio, and Tennessee, and proposed in many additional states including Florida, South Carolina, and Maryland.2 Some of these bills, including Georgia’s HB 481, contain “personhood” language that would establish “fertilized eggs, zygotes, embryos, and fetuses as people with full legal recognition and protection.”1,3

Several bills have been swiftly blocked by federal judges soon after being signed into law. However, bill sponsors have made it clear that their ultimate goal is to reach the Supreme Court in hopes of overturning Roe v Wade altogether.4 The American Civil Liberties Union has vowed to continue fighting the legislation in court.1

Although the Georgia bill provides exceptions for cases of rape or incest, these only apply if the girl or woman seeking an abortion files a police report. (At this time, it is estimated that 3 in 4 sexual assaults are not reported by victims.5) There are also exceptions for cases in which the fetus would not survive after birth and for pregnancies that endanger the mother’s life.1 The bill does not offer exceptions for women with chronic illnesses such as severe, treatment-resistant depression or pain disorders, or those for whom giving birth would create significant health risks.

Among numerous criticisms of the bill, opponents note that medical care will be further compromised in Georgia, which has one of the worst maternal mortality rates in the country, and in which half of the state’s counties lack an obstetric provider, and physicians and women will be vulnerable to criminal penalties in a wide range of scenarios that could be construed as illegal abortion.6

One of these scenarios is fetal reduction, which is commonly performed in cases of in vitro fertilization to prevent life-threatening problems for the mother and remaining fetuses. This legislation creates a “trap door” for women undergoing in vitro fertilization and places the treating physician at risk for a “prison sentence, huge fines, lawsuits and career-ending sanctions,” according to Georgia obstetrician/gynecologist Andrew A. Toledo, MD.7

To further explore physician perspectives on the topic, Medical Bag spoke with Rutledge Forney, MD, a dermatologist and president of the Medical Association of Georgia (MAG), and Catherine Romanos, MD, an Ohio-based family medicine physician and fellow with Physicians for Reproductive Health.

Medical Bag: Proponents of these heartbeat bills are claiming that it’s time to revise abortion laws because the science has “caught up” and now shows that a fetal heartbeat can be detected at 6 weeks. What are your thoughts about this proposal?

Dr Forney: MAG isn’t taking a position on abortion policy or when life begins. We believe that physicians should have the right to refuse to perform abortions for any reason. MAG is opposing HB 481 because it would criminalize a medical procedure that is within a physician’s scope of practice, and it would allow a woman who undergoes an abortion to sue the physician who performs the abortion. It would also allow the family or the estate of an unborn fetus with a detectable heartbeat to recover civil damages for a homicide, which means that a physician could be subjected to more damages if they are sued.

HB 481 would undermine physician autonomy and the patient-physician relationship.

Dr Romanos: We have had the medical technology to detect cardiac activity in an early pregnancy for some time now, and depending on how regular a woman’s menstrual cycle is, that can differ. This is because pregnancy dating in weeks counts from a woman’s last period, not the moment of fertilization. The fact that we can use an external instrument like an ultrasound to detect this cardiac flutter has no bearing on the time, space, and autonomy that a woman needs to make her own medical decisions, including accessing abortion.

Medical Bag: Many physicians are concerned that these restrictive abortion laws will put women’s health and lives at risk. How so?

Dr Forney: HB 481 would reduce the number of obstetricians and gynecologists we have in the state, especially in rural areas. MAG believes that patients should always have access to quality healthcare.

Dr Romanos: We know from a recent nonpartisan, rigorous scientific report from the National Academies of Sciences, Engineering and Medicine that abortion is safe and effective in all forms.8 The same report found that the biggest threat to quality abortion care is the litany of medically unnecessary regulations that raise costs and delay procedures, ultimately putting women’s health at risk.

There are myriad ways that patients’ safety can be put at risk when access to abortion is restricted. The most obvious is in the case of serious health problems they might encounter. For example, I have seen multiple patients who find out they are pregnant when they take a pregnancy test before starting chemotherapy for cancer treatment. What would happen in this situation if the patient wanted life-saving cancer treatment but couldn’t have it because they found that they were unexpectedly pregnant?

I have seen people who had life-threatening blood clots during pregnancy and are advised not to get pregnant again, but birth control, even a permanent sterilization, fails sometimes. I have seen women who were so debilitated by depression that they told me they would commit suicide if they could not terminate an unexpected pregnancy. I have also seen women in abusive relationships who fear they will be murdered if they are forced to have a child that binds them to their abuser. Furthermore, if someone needs an abortion but cannot access it near their home, traveling to another state or country only delays access to care. Delaying a procedure by a few weeks can only increase the cost and barriers faced.

Medical Bag: Although physicians have testified at these hearings to clarify the relevant science and express concerns for their patient’s health and well-being, this testimony has largely been ignored in the passage of these bills. What are some ways that healthcare providers can advocate for patients regarding this issue?

Dr Forney: The best ways for physicians to participate in the legislative process are to develop relationships with their legislators and join organizations like the state medical association and their state specialty association. These are proven and cost-effective ways to protect and enhance the state’s practice environment and improve our healthcare system.

Dr Romanos: Healthcare providers need to be a part of the charge in reducing shame and stigma about abortion. Some of my patients tell me they do not want to tell their primary care providers about their abortion because they don’t know how their physician will feel about it. All physicians need to make it clear to their patients that they accept them and will care for them no matter what their personal beliefs are and no matter what decisions the patient makes for themselves.

One in 4 women will have an abortion in their lifetime, and the majority of Americans believe abortion should be legal.9,10 Physicians can help lift the shame that surrounds abortion and normalize it for patients who suffer in silence and legislators who can’t see what is actually happening in their communities. The American Medical Association has made statements supporting access to safe and legal abortion, but they are not taking this threat to women’s health as their own issue.11 They need to be front and center in this fight. 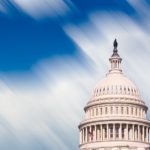