According to many investigators, there are deficiencies in Medicare’s current strategy for procedure valuation, as described in a perspective article published in the New England Journal of Medicine.

Presently, postoperative payments comprise 25% of Medicare payment bundles for surgical procedures. However, results from a nationwide audit suggest that these postoperative visits happen much less often than Medicare valuation assumes, at rates as low as 4% following minor procedures.  In claims data analyses, investigators estimated that Medicare would save more than $2 billion by removing postoperative visits from procedure valuation. Refocusing payment to other aspects of surgery could also revitalize a market that prioritizes surgical procedures over management services and other nonsurgical specialties.

At present, Medicare supplies physicians a bundled payment covering surgical procedures and associated postoperative care. Valuation of procedures is largely predicated on surveys administered to physicians in the general population who are asked to estimate how many postoperative visits a given procedure would require. From these survey responses, Medicare allocates a certain number of work relative value units (RVUs) to each procedure. Insurance data are then used to set payment rates. Flaws in this system were described in July 2017 survey results. Practitioners in 9 randomly selected states were asked to report how often they conducted postoperative visits. For minor procedures with a 10-day global coverage period, postoperative attendance was just 4%. For more significant procedures, including hip replacement, attendance hovered at just 39%.

In 2018, investigators modeled projected Medicare expenses if RVUs for postoperative care had been adjusted to reflect these survey numbers. Per these models, Medicare payments for procedures with 10- and 90-day follow-up periods would have been reduced by 28%,  equivalent to approximately $2.6 billion. In particular, Medicare payments to “procedure-focused” specialties would have decreased by 15% to 20%. Lower procedure costs would have allowed greater payment allocation to other physician services. In lieu of payments to procedure-focused specialties, net increases were seen in payments to primary care and other nonsurgical specialties.

However, investigators caution that these models do not provide a perfect blueprint for procedure valuation. No simple solution exists for reducing excess postoperative payouts. As a first step, investigators endorsed reducing postoperative valuations by “[carving out] all or some fraction of RVUs.” The Centers for Medicare and Medicaid services could also revisit its data collection process, abstracting information from sources other than physicians including “billing claims, quality-improvement databases, and electronic health records.”

Current Medicare budgeting procedures highlight the disproportionate valuation of surgical over nonsurgical specialties, the investigators wrote. Efforts to reduce payouts for postoperative care could better balance the market between surgical specialties and other fields. Even so, cuts to Medicare bundles could have a major impact on surgeon revenue. Ultimately, the focus should remain on reducing patient payment burden, which is exacerbated by overvaluation of certain services and undervaluation of others. 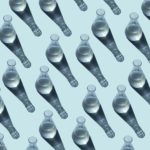 Compliance With FDA Reporting Guidelines for Clinical Trials Is Low, Not Improving