The American Heart Association, the American Cancer Society, and 15 other patient advocacy groups have jointly released a statement on behalf of patients with preexisting conditions who could potentially be adversely affected should the Affordable Care Act (ACA) be invalidated by the courts.

The amicus curiae brief was filed in the US Court of Appeals for the fifth Circuit in conjunction with Texas v. United States, which in December 2018 ruled in favor of 18 Republican state attorneys general and 2 Republican governors that the ACA was unconstitutional. The case was presided over by District Court Judge Reed O’Connor.

“The critical patient protections in the Affordable Care Act provide an essential lifeline for millions of Americans who suffer from serious, acute, and chronic health conditions,” the statement read. “Their ability to access affordable, meaningful health insurance is critical to their health and wellbeing.”

The groups go on to argue that should the lower court’s decision be upheld, thousands of Americans living with preexisting conditions would face barriers to health care, including “coverage being denied outright.” Federal tax cuts that “make health insurance affordable for more than 8 million Americans” would also be put in jeopardy.

The groups also noted that since the implementation of the ACA, there has been a “small but statistically significant shift towards early-stage diagnosis for colorectal, lung, breast, and pancreatic cancer in states that have increased access to health care through Medicaid.”

They concluded, “Undoing the patient protections in the law would ignore the will of Congress at the expense of 27 million Americans who would lose their health care by 2020…We urge the appeals court to…preserve health care for millions of Americans.” 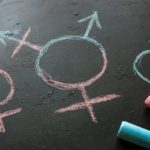