In recent months, changes in immigration policy have been a constant in the news, particularly among the healthcare community. From a reduction in the number of foreign doctors coming to study in America to visa delays for already enrolled students, recent legislation is a concern to many in the medical field.

Augustine M.K. Choi, MD, the Stephen and Suzanne Weiss Dean of Weill Cornell Medicine and Provost for Medical Affairs of Cornell University, addressed the issue in a recently published article in Forbes.1 Dr Choi, himself an immigrant, explained the ways in which immigration issues have touched Weill Cornell. The travel ban on citizens from several Middle Eastern countries has affected several faculty members and students, some of whom were in the process of completing courses or exams that would allow them to apply for residencies.

More broadly, Dr Choi noted that the entire US healthcare system could feel the effects of the immigration debate. The country could be facing a shortage of physicians, as many as 41,000 by 2030, according to an estimate from the Association of American Medical Colleges. Although this shortage would be across medicine, it would likely involve primary care, emergency medicine, and psychiatry.

According to an article in the Los Angeles Times,2 the number of international medical graduates who have applied to study in the United States has declined over the past 2 years; that falloff will likely escalate with the new visa restrictions. An article published in Time3 highlighted the story of an Israeli-born physician who is completing a residency in the United States. The physician, referred to only as Daniel, explained that the H-1B visa he had been previously granted was suddenly delayed, putting his residency in jeopardy. For some students from countries under the travel ban — a list that includes Chad, Iran, Libya, Somalia, Syria, and Yemen, as well as certain areas of North Korea and Venezuela — a special exception will be necessary to undertake studies in America.2

While the United States is complicating the process for foreign medical students, other countries, such as Canada and some in Europe, are making it easier for foreign physicians to train and stay there, giving rise to concerns that physicians will give up on pursuing residencies in America in favor of countries with fewer restrictions.2

Though the idea of “importing” foreign physicians who often end up working in underserved areas of America has garnered some criticism, the reality remains that America is experiencing a physician shortage that will not be aided by restricted immigration.

“I just hope we will have policies that will allow immigrants to really fulfill their potential. It’s good for them and it’s good for the United States,” Dr Choi told Forbes. As the legislation around immigration unfolds, it remains to be seen how the US healthcare industry will ultimately be affected. 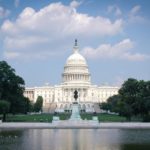