Despite numerous healthcare organizations’ policy recommendations to reduce firearm-related mortality, physician organization-affiliated political action committees (PACs) contributed to a greater proportion of US House of Representatives and Senate candidates who opposed firearm safety regulation in the 2016 election cycle, according to a study published in JAMA Network Open.

The investigators of this retrospective, cross-sectional study sought to describe the association between campaign contributions from physician organization-affiliated PACs with US House of Representatives and Senate candidates’ stances on firearm regulation, and whether these stances align with the policies endorsed by physician organizations.

The investigators examined contribution data from the 25 largest physician organization-affiliated PACs to candidates in the 2016 election cycle, which was obtained from Open Secrets, an “independent, nonpartisan website that aggregates data from the Federal Election Commission.” Candidates’ stances on firearm regulation were defined by their voting history on key firearm safety legislation (US Senate Amendment 4750 and co-sponsorship of US House resolution 1217) and ratings given by the National Rifle Association Political Victory Fund (NRA-PVF).

To account for other influencing political factors, the investigators further assessed incumbency, vote share, and party affiliation. Total PAC contributions to candidates by support or opposition to firearm regulation was the primary study outcome; the proportion of or total contributions to candidates with an A rating by the NRA-PVF was the secondary outcome of the study.

Although 9 physician organization-affiliated PACs endorsed the 2015 Call to Action, 8 of these supported a greater proportion of candidates with an NRA-PVF “A” rating; the 16 PACs that did not endorse the Call to Action all supported a greater proportion of “A”-rated candidates. The PACs endorsing the Call to Action were found to have a lower likelihood of contributing to NRA-PVF “A”-rated candidates compared with the non-endorsing PACs with an odds ratio of 0.76 (95% CI, 0.58-0.99; P =.04).

One limitation to the study was the inclusion of only the 25 largest contributing PACs, which did not include other physician organization PACs or non-affiliated physician organizations that endorsed the Call to Action, such as the American Academy of Pediatricians. This study further lacks the ability to infer causation between PAC contributions and support for firearm regulation. Furthermore, the study measures, including firearm safety legislation and NRA-PVF endorsement, may not reflect the reason for certain donation patterns.

Although the physician organization–affiliated PACs included in this study were more likely to support an incumbent candidate, they were found to contribute more to both Senate and House candidates whose voting history and NRA-PVF “A”-rating did not align with firearm regulation. The investigators suggest these inconsistencies may present a barrier for advocating for public firearm safety initiatives. 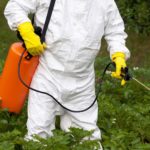