Canada — in addition to being a seemingly endless source of delicious maple syrup and beloved pop stars — has also inspired, in quite a number of mostly left-leaning folks, a serious case of healthcare system envy. It’s easy to see why, as nearly everyone there has at least basic health insurance. Their system performs better than that of the United States’ in all manner of metrics used to track performance: life expectancy, infant mortality, and mortality amenable to healthcare,1 and that’s before even mentioning the remarkable differences in cost.

Putting aside the fact that Canadians are typically expected to make no out-of-pocket contribution to the costs of nonelective hospital-based care, some estimates put Canada’s overall per capita spending at around half of the United States2; in terms of cost, it’s like comparing apples and a da Vinci surgical robot. Obamacare has improved coverage for millions and may yet succeed in bending the cost curve in a more manageable direction, but, for now, the Canadian healthcare system remains the single-payer talisman of our dreams.

A few years ago, the sitting Premier of Newfoundland, Danny Williams, opted to have an urgent – but not emergent – mitral valve replacement done at Mount Sinai in sunny Miami Beach, rather than at home in Canada. Williams reasoned that he wanted the procedure done laparoscopically at a high-volume center and, as he vehemently insisted, it was “[his] heart, [his] choice”.3

Williams’ decision probably failed to conform to evidence-based guidelines, as the jury is still out on the relative value of laparoscopy in cases like his, and was almost certainly politically tone deaf, though he shook off the controversy and glided through the remainder of his premiership with stratospheric approval ratings. But those weren’t the principal concerns. Instead, Williams was roundly pilloried in the national press for what was widely viewed as both a gross underestimation of the capabilities of the Canadian health system, as well as a reckless undermining of public confidence in its medical care.4

Those criticisms may well have been valid. It does look like Williams neglected to do even a cursory exploration of his domestic laparoscopic repair options and certainly, a politician of his prominence should consider how his personal decisions reflect on his nation’s public institutions. But the dirty little not-so-secret that the rush to persecute Williams carefully sidestepped was that this sort of thing happens all the time.

Crossing the 49th parallel in order to undergo medical treatment, known colloquially as medical tourism, is an increasingly prominent skeleton in the closet of an otherwise reasonably successful Canadian health system. In 2015, the last year for which comprehensive data are available, fully 1.1% of Canadian patients sought care in the United States. In some provinces, that figure was as high as 1.6%. In British Columbia that year, 5.4% — more than 1 in every 20 — neurosurgical patients went to the United States for medical attention.5 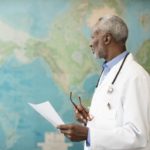