“Moral norms” in the medical domain must be applied to pregnant women and their physicians, wrote the authors of a case study published in the Journal of Medical Ethics.1

Hafez Ismaili M’hamdi, MD, and Inez de Beaufort, PhD, both of the Department of Medical Ethics and Philosophy of Medicine at Erasmus University Medical Center in Rotterdam, The Netherlands, reviewed the ethical issues involved in forced caesareans using Rawls’s reflective equilibrium. Drs M’hamdi and de Beaufort examined the justifiability of both proponent and opponent positions on the issue of forced caesarean on a pregnant woman, and examined the well-accepted principles of biomedical research of Beauchamp and Childress.

The authors use the case of A, a woman who is 36 weeks pregnant who refuses to undergo a caesarean to save the life of her unborn fetus because she is terrified of abdominal surgery, to illustrate the relevant arguments involved in the debate. Although the physicians urge her to consent to surgery, she continues to refuse and the fetus dies.

The authors question whether or not A should have been forced to submit to caesarean surgery. The 2 cornerstone principles of the dilemma are physician’s duty of beneficence and duty to respect autonomy. Beneficence would have the life of the fetus saved, while the autonomy would respect the rights of the mother to refuse surgery to save either her own life or the life of the fetus.

In working through the principles and determining whether or not they are coherent, the authors discuss the case of McFall v Shimp.2,3 In this case, Robert McFall was dying and in need of a bone marrow transplant; his cousin David Shimp was the only suitable donor. However, Mr Shimp refused to donate. Mr McFall attempted to force Mr Shimp to comply on the grounds that his life depended on the transplantation. The court ultimately decided that Mr Shimp could not be compelled to donate, and Mr McFall died.

If an individual is in a unique position to save another individual through surgery with little harm to him or herself, then should he or she be forced to do so? If saving the fetus is held to be of greater importance than the autonomy of the mother, then this argument must logically extend beyond pregnant women to meet the reflective equilibrium requirement for coherence. As the authors point out, “To single out women as the only targets of force is, from a moral viewpoint, arbitrary.” But we do not compel people to donate kidneys, bone marrow, or other organs to save the lives of others.

“[T]he use of force to benefit others is close to unthinkable,” the researchers concluded, adding that the refusal to use force should also apply to pregnant women and their physicians. 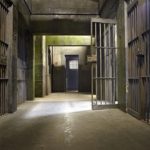