In 2017, the United States Food and Drug Administration approved the marketing of direct-to-consumer (DTC) genetic testing to provide risk estimates for 10 diseases, including Parkinson disease, late-onset Alzheimer disease, and early-onset primary dystonia.1 This development raises the possibility that DTC testing of the risk for Huntington disease (HD) may soon follow — to which experts in the field are firmly opposed.

After predictive testing for HD became available, first in 1986 with linkage analysis, followed by direct gene testing in 1993,2 guidelines pertaining to the use of these tests were designed to ensure appropriate administration and patient safety.3,4 To that end, recommendations include “mandatory pretest counseling, the assumption of an informed choice on the part of the test taker, including criteria for those deemed unable to make an informed choice, and the restriction of the test to those aged 18 or older, except when a pregnancy was involved,” as noted in a paper published in 2017 in the Handbook of Clinical Neurology.5

DTC testing would enable consumers to bypass the safeguards set forth by professional guidelines, which could potentially increase the risk for harm associated with testing, particularly if the results are positive. For example, findings suggest an elevated incidence of psychological distress and suicidal thoughts in people who have learned they are carriers of the HD gene.6

To discuss issues regarding predictive testing for HD and the potential problems that could arise from DTC testing for this disorder, Neurology Advisor spoke with Alicia Semaka, PhD, a certified genetic counselor with a doctorate in medical genetics whose research at the University of British Columbia has focused on predictive testing for HD; and Oliver Quarrell, MD, FRCP, an expert on HD and consultant clinical geneticist at Sheffield Children’s Hospital in the United Kingdom.

Neurology Advisor: What are some of the main issues pertaining to predictive testing for HD in general?

Dr Semaka: There are a number of different issues that should be considered during the predictive testing process, including the potential benefits and harms of testing, the individual’s motivations for testing, their expectations about the test result, the impact either a mutation-positive or -negative result might have on their life, and strategies for dealing with the test result.

Other challenges may include the impact testing may have on an individual’s relationship with their spouse, children, and extended family members, their career, and their insurance and finances, especially since results from predictive testing could make it difficult to purchase life, disability, or long-term care insurance.

Dr Quarrell: The significant problem is that HD is an inherited progressive neurodegenerative condition for which there is no available disease-modifying treatment and no treatment to delay the onset.

Undergoing the test should be a carefully considered decision, and a feature of the guidelines is that there should be no coercion for someone to take the test and the decision should be stable over a period of time. Once someone has been told that HD will develop in the future, there is no way to “untell” them.

Neurology Advisor: What are your thoughts about DTC testing for HD risk?

Dr Quarrell: The guidelines were put in place to ensure that consistent advice is given to families and that the implications of testing have been considered fully. I believe the guidelines are helpful and so it follows that I would not support self-testing.

In the UK, we estimate that fewer than 20% of people with an affected parent choose to be tested. We take close care to counsel someone who does request an HD test; we will discuss the reasons for testing and their support mechanisms, together with any issues relating to anxiety and depression. Since genes are shared with our relatives, we also discuss the implications for other family members, such as partner, children, and parents.

Neurology Advisor: What are some of the problems that might result from self-testing for HD.

Dr Semaka: I would be concerned that self-testing for predictive testing would result in an individual making an uninformed decision. The decision-making process surrounding predictive testing is very complex and the impacts of such results are far reaching — from emotional well-being to insurance and employment issues. A genetic counselor can guide an individual through this decision-making process and ensure they are considering all the factors.

Dr Quarrell: The main problem with self-testing is that the implication of the genetic test result is often not explored. Greater harm may occur as a result of not following the guidelines. The person taking the test may not have thought through the support mechanisms which may be required, and of course they will miss out on the offer of follow-up after the test. For instance, a person at risk may present during the early stages of a pregnancy. The implications of testing in this circumstance are complex, and the implications for testing the pregnancy need to be discussed.

If it is a good news result, that also has implications because other family members may be affected, still be at risk, or have had a bad news result.

I would suggest that, if asked, clinicians refer patients to a clinic or center that is skilled in providing predictive testing. There is potential for misinterpretation. A person at risk may have nonspecific symptoms and could access the test and they or the clinician could misinterpret the symptoms as the start of the illness. The implications of the result at the high end of the normal range or low end of the abnormal range may not be discussed.

Neurology Advisor: What should next steps in terms of research in this area?

Dr Semaka: The market for DTC genetic testing is growing at a rapid pace, but our knowledge of the medical, emotional, and familial impact of this type of testing is lagging behind. More research is needed in these areas to ensure positive outcomes for consumers.

Dr Quarrell: There has been research into predictive testing for HD over many years. If treatment becomes available which alters the natural history of the condition, then the guidelines will need to be altered in the light of that change. 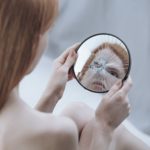