The modern American diet is widely recognized as a major determinant of morbidity and mortality. Dietary factors have been linked to premature death from heart disease, stroke, and type 2 diabetes.1 Even so, diet is not ordinarily addressed in clinical practice or medical education. Recent research published in the AMA Journal of Ethics2 outlined a framework response to the various challenges of nutritional counseling in clinical practice.

Failure to address diet in clinical practice is an artifact of the 1920 Flexner Report, which remains the primary foundation for medical school curricula.3 At that time, diseases of nutritional deficiency were of prevailing concern; the effects of “dietary excesses” were not incorporated into the physician training model and are still not adequately addressed in modern education. Further, diet is a complex exposure to manage or study. It is difficult to isolate any causal effect of any specific food or nutrient, as any one change in a given dietary variable typically causes “ineluctable movement in another [variable,] if not several or even many others.”4

Per these difficulties, diet research is often informed by the bias, preference, or even personal gain of researchers; diet book sales, for example, provide an incentive to publish data on certain causal effects. In response to these obstacles in education, David Katz, MD, MPH, founding director of the Yale University Yale-Griffin Prevention Research Center in Derby, Connecticut, first recommended a modernized medical curriculum that appropriately addresses the burden of poor diet on population health. In addition, he wrote, transparency in research funding is essential. The food industry has a vested interest in “[obscuring] the truth”;5 open reporting of funding sources is 1 step toward reducing these conflicts of interest in dietary research.

Beyond broad suggestions for education and research, Dr Katz offered guidelines for clinical practice. Just as it would be improper to “neglect mention of relevant treatments” for conditions such as hypertension or asthma, Dr Katz wrote, it is unethical to ignore the effect of poor dietary choices on patient health. Nutrition must become a routine component of clinical practice if its influence on health is to be addressed. A “team approach” linked to dieticians and nutritionists may facilitate the incorporation of nutrition into practice.

Physician-patient dialogue is also key; physicians should engage patients on the effect of dietary patterns on both human health and the environment. In this way, nutrition should be treated as any other area of medicine; Dr Katz noted that the cultural ubiquity of nutrition has created a culture in which actual expertise is undervalued and misinformation is common. Physicians should thus defer to established data rather than any cultural notion or personal opinion. Similarly, clinicians are ethically obligated to challenge “cultural transgressions” that threaten the dietary health of patients; including, for example, junk food marketing.

Above all, physicians have an obligation to protect patient health. And as a salient component of well-being, dietary health can and should be incorporated into standard clinical practice. 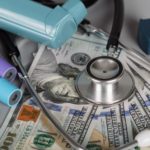