For many years, the United States has ranked number 1 worldwide in per capita healthcare spending. That’s good. We also rank 55th in infant mortality,1 which is not as good.

Although there’s really no good excuse for such poor performance, that shouldn’t stop us from trying to suss out the cause of our failures. The most common suggestion is that differences in health at birth is the most important determinant of infant mortality, which, if accurate, would merely shift the question to why a disproportionate number of infants are born weighing either too much or too little. Recent birthweight data, which is a pretty good proxy for the health status of a newborn, do lend support to this theory, but only sometimes. Discrepancies in birthweight, for instance, explain about 70% of America’s infant mortality gap relative to Finland, but somehow only 30% of the difference compared with Austria.2 Even if we restrict the analysis to infants with normal birthweight, the United States still lags far behind both nations. Even if we can’t pin down exactly how much birthweight matters, we can confidently say that it’s not the whole story. There must be something else going on.

And indeed there is: It turns out that if you only consider the neonatal period, then birthweight differences almost completely explain the American infant mortality disadvantage. In fact, if birthweight is taken into account, the United States actually shows a mortality advantage during that first month, relative to our European counterparts. But after that, things go sideways. American babies, regardless of birthweight, APGAR, or other markers of early health, had postneonatal mortality far exceeding similarly situated European infants and completely swallowing whatever advantage Americans had built up during the first few weeks.

That postneonatal regression is largely about social inequality. The overall infant mortality rate of 6.1 per 1000 live births isn’t constant across the nation: Mississippi, for instance, has a rate near 10, which places it closer to Mauritius than Minnesota.1 Even more striking than the geographic variations is the relationship between social positioning and the probability of infant death. Babies born to white, married, college-educated moms tend to track along with their counterparts in Scandinavia and Singapore. Less advantaged kids don’t do quite as well: By the end of year 1, their mortality rate has sprinted away from Finland and Austria and into the neighborhood of Kuwait and Curaçao. The chasm between the postneonatal outcomes of advantaged infants and everyone else inevitably leads to the idea that social determinants have a profound and predictable effect on health outcomes.

One of those social determinants, in America, anyway, is mass incarceration. At any given moment, more than 2 million Americans find themselves behind bars,3 1 of the highest rates in the world. The staggering numbers have inspired an avalanche of studies demonstrating how patterns of imprisonment exacerbate inequality among adult men of different races and affect the life chances of entire families.4,5

That effect can be especially harsh on families with young children. Those kids are at heightened risk for social exclusion, adult homelessness, and other frightening outcomes. Even worse, young children of imprisoned parents (fathers, usually, as the prison population is 93% male6) are at greater risk for death during infancy; recent parental incarceration raises the risk for early infant death by nearly 30%. Had incarceration levels frozen at 1973’s pre-War on Drugs level, America’s infant mortality rate would be close to 8% lower.7 Most of the effect was seen in the postprenatal period, suggesting that America’s exceptional incarceration rate aids and abets its exceptional infant mortality numbers. This seems fairly straightforward: sending an infant’s father to prison puts stress on maternal health, increases the risk for sexually transmitted diseases, and diminishes the resources (including, at least in the bad old days, health insurance) available to the family. The logic holds on a community level, as well: public funding is a zero sum game — a dollar spent on 1 sector is a dollar that can’t be spent elsewhere — so as more resources are directed toward prisons, there’s less to be spent on public health.

But there’s a wrinkle: the same study also found that the negative effects of incarceration were limited to families in which the imprisoned man had no history of physical abuse; for the group with abusive fathers, removing him was protective, at least in terms of infant mortality rates. There’s some logic to this, too. In these cases, it’s likely that the abusive father is directly responsible for putting stress on maternal health and otherwise destabilizing the household, so it’s not a stretch to imagine that sending him to prison might inspire a healthier home environment and, ultimately, save his kid’s life.

There’s a growing recognition that mass incarceration is the enemy of public health. Prisoners endure exorbitant rates of physical and mental illness, far out of proportion to the rest of society. In theory, prisoners, similar to everyone else, enjoy constitutional guarantees of adequate medical care, but in practice, people regularly fall through the cracks.8 As a result, there’s been a robust movement to reform prison health programs, as well as to scale back the number of people put behind bars in the first place.

That’s all prudent, reasonable, and humane. But the analysis underlying the push for reforms seems to be exclusively inmate-focused. Yet one of the morals of the infant mortality story is that the public health consequences of incarceration can, in some cases, cut both ways. The effects of our policy choices matter too, even if we can’t immediately see them. Let’s save the baby, but we really do need to get rid of the dirty bathwater, too. 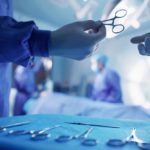