When a physician behaves badly, who gets to be the judge?

In a video, Windell Davis-Boutte, MD, dances to the hip-hop song “Cut It” while a surgical patient lies on the operating table in front of her. The patient, Latoyah Rideau, has joined at least 9 other patients in a lawsuit against Dr Davis-Boutte.

The Georgia medical board suspended Dr Davis-Boutte on June 7, citing that her continued practices “poses a threat to the public health, safety, and welfare.”1

Ms Rideau went into surgery seeking smaller buttocks but came out with lopsided buttocks and constant itching on her left side. Another one of Dr Davis-Boutte’s patients, Icilma Cornelius, suffered an even worse fate: after Dr. Davis-Boutte convinced Ms Cornelius to get cosmetic surgery to flatten her stomach, her heart stopped on the operating table. The facility was unprepared to handle the emergency, and Ms Cornelius experienced permanent brain damage.2

Dr Davis-Boutte’s case is just one of more than 1600 featured on The Bad Doctor Database,3 a website dedicated to collecting “news stories detailing crimes and other wrong-doings by doctors.” The site notes that “bad” has many shades of meaning, and the stories they feature detail more than just cases of botched medical procedures.

The internet has made it easier than ever for patients to search for physicians, but what happens when an innocent search yields horrific results? While the Bad Doctors Database features the half-hearted disclaimer “innocent until proven guilty,” it’s impossible to un-see the headlines: “Doc hired by VA sexually assaulted four female patients,” “Psychiatrist spanked patients with whips, riding crops, and called them ‘mules,’ officials say,” “Feds: Doctor used trickery, lies in allergy business.”

But what if the physician in question is innocent? It’s unlikely that any patient would be confident making an appointment with a physician featured on the Bad Doctor Database. While some of the physicians have been suspended, others are still practicing medicine.

It’s unclear who is behind the Bad Doctors Database, which is hosted on the popular blogging site Tumblr. The database features a “submit” button, implying that anyone can send in a story. It’s worth noting that all posts feature links to news outlets, police reports, and other resources; these stories are not just anonymous patient testimonies.

Ultimately, the choice lies with the patient whether or not to believe what is written online. It’s likely the news stories featured on the Bad Doctors Database are available with just a quick Google search, but it’s unclear whether this space, so saturated with bad news, does more good than harm. 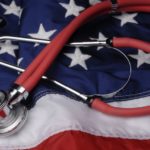