In an article published in Pediatrics, experts in medicine, bioethics, and policy explored the competing priorities of an international patient’s medical needs and the availability of hospital resources when the patient is unable to pay.1

The case in question involved a 10-year-old Eastern European boy with acute lymphocytic leukemia who sought hematopoietic cell transplantation (HCT) at a children’s hospital in the United States after exhausting all treatment options in his country. As a not-for-profit facility and the only children’s hospital in a multistate region, the institute in question was funded by taxpayer subsidies for a primary mission of “[serving] children of [its] region.” The family and the boy did not have health insurance, nor did they have the funds to compensate the hospital for HCT.

Shane Wo, MD, and Abby Rosenberg, MD, described the case as a “familiar conflict” between individual patient needs and community priorities. At the “bedside” level, Dr Wo and Dr Rosenberg wrote, offering HCT is clearly the best choice for the patient. However, by absorbing the costs of HCT and the subsequent 3 months of care at a cost upward of $300,000,2 the hospital would put significant strain on its limited resource base. Sustained by local taxpayers, the hospital has an obligation to its community. In addition, offering HCT without adequate compensation may also set an unsustainable precedent that further “[undermines] the hospital’s…promise to the local community.” As a final consensus, Dr Wo and Dr Rosenberg wrote, the hospital must maintain its duty to the community and withhold HCT until compensation is available.

Emily A. Largent, JD, PhD, RN, agreed with Dr Wo and Dr Rosenberg, describing healthcare in the United States as “[grossly inequitable] intra- and internationally.” In 2017, 4 million US children were uninsured, and many millions more were underinsured.3,4 In addition, millions abroad would benefit from treatment in the United States, but do not have the resources for travel or care expenses. At hand in this case, Dr Largent wrote, is how to ethically distribute resources under the current system. The children’s hospital in question has an obligation to “maximize [the] health benefits” of its financial assistance policy rather than “offer expensive [treatment]” to 1 individual.

Jeffrey P. Brosco, MD, and Kenneth W. Goodman, PhD, each employees at a public hospital that sees a high proportion of international patients, described a 5-stage model to appropriately divide such decision-making between stakeholders. In the first step, the family and clinician characterize the child’s needs. Next, the “range of possible actions” is defined by an ethics committee assembled from the institution or locality in question. In the third step, the clinician makes a recommendation for a course of action; if the ethics committee corroborates, the decision is then transferred to the institution. The institution must consider its willingness to perform intervention given information from prior stages. In the fifth step, the family chooses from all available options, which may or may not include a treatment offer from the institution. This 5-stage model illustrates the distinct role of each party, as well as the manifold, complex dimensions of clinical decision-making.

Beyond the scope of this case study, Dr Brosco and Dr Goodman advocated for community-level interventions that throttle health disparities at their source: for example, arranging outpatient dialysis for individuals without health insurance. Per this intervention and others, healthcare providers have the capacity to enact change even amidst “larger trends…[beyond] their control,” including harmful attitudes toward immigration and foreigners. John D. Lantos, MD, agreed with this sentiment, and emphasized that physicians must be patient advocates, irrespective of community-level barriers. Although “equity” is impossible to achieve when community hospital responsibilities are circumscribed by geography, championing patient-level causes is 1 step toward narrowing disparities. 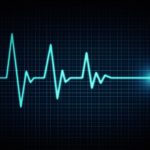